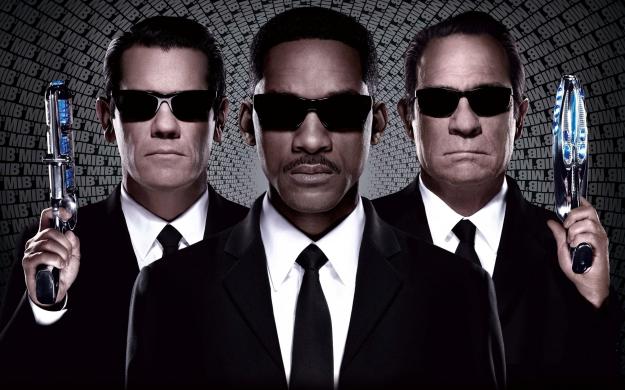 I think it’s important to frame Men in Black 3 in the right context before we start talking about it. This is a sequel that nobody really asked for or necessarily wanted. It’s coming 10 years after its most recent predecessor, the exceedingly lousy Men in Black 2. Will Smith doesn’t look like he’s aged a day, but he’s no longer the comedic loudmouth that made his Agent J so memorable in the first movie. Tommy Lee Jones continues to be old, and the little we see of him in Men in Black 3 suggests that he’s rather tired as well. Josh Brolin is a new face, sort of, delivering a perfect one-note interpretation of Jones’ one-dimensional Agent K. Really, the movie as a whole feels tired. It’s got a bright spot here and there, but I couldn’t escape the feeling while I watched the movie that it was as confused about its existence as the audience was.

Of course, confusion comes with the territory anytime you mix time travel into your plot. It all starts when Jemaine Clement’s Boris the Animal, the movie’s creepy bright spot, escapes from his maximum security prison cell on the moon. Boris has a 40 year old grudge against Agent K, who captured the space criminal in 1969 on the same day that he protected the Earth from an alien invasion and wiped out Boris’ galaxy-threatening Boglodite species in the process. The escaped criminal is now the last of his kind, but he’s hatched a plan that involves going back in time and rubbing out a younger K, played by Brolin, before that fateful day in 1969. All goes according to plan at first, until Smith’s Agent J catches up to what’s going on and follows Boris into the summer of ’69.

At base, Men in Black 3 follows the basic formula laid out by its two predecessors. Threatening alien presence makes itself known, MIB agents pursue until the good guys win. The twist, of course, is that Agent J first faces the challenge of convincing his partner’s younger self that he’s on the up-and-up. It’s a good thing for that too. The not-so-fresh feeling we get from watching Will Smith try — and fail — to channel a character that he probably hasn’t thought much about in the past 10 years is offset by Brolin’s perfect Tommy Lee Jones-as-Agent K impression. The voice, the mannerisms, the delivery– it really is uncanny how easily Brolin slips into the persona of the older actor.

There’s also Michael Stuhlbarg, star of A Serious Man, whose fifth dimensional alien ups the time travel headache factor in a big way with his quiet consideration of all possible futures. He appears roughly halfway through the movie, at a party hosted by Andy Warhol — an undercover MIB agent, naturally — and he sticks around for the rest of the adventure. It’s a good thing for that; anything to help us forget that Smith is supposed to be the lead here. Clement helps as well with his ample screen time as both the 2012 and 1969 versions of Boris. He delivers an exceedingly creepy performance, helped in no small part by a heavily modified alien voice and killer costume work from the legendary Rick Baker.

In fact, between Brolin and Stuhlbarg, plus Clement, it’s too bad that Men in Black 3 couldn’t have done away with Smith and Jones and simply framed itself as a proper prequel, without any of the time travel trappings. The 1969 envisioned by director Barry Sonnenfeld and screenwriter Etan Cohen doesn’t feel as period-centric as, say, any of the Austin Powers movies. There are some nice flourishes though, and the suggestion that this could have been a more well-realized trip back in time if we didn’t have to spend so much time worrying about the modern-day side of the story.

Instead, we’re stuck with a story that rumbles its way through key plot points, eventually leading up to a climax and twist-focused denouement that is undeniably clever yet entirely unearned. I think there’s equal blame to go around for this, to Smith for feeling like the old and tired half of a duo in which he’s supposed to be the young, erratic one; to Cohen for not writing enough into the script to bolster the big moments; and to Sonnenfeld for trying to recapture something that no one really missed in the first place.

Given all of that, I’d say that Men in Black 3 isn’t a terrible movie but it’s not a good one either. It simply exists for the purpose of putting butts into movie theater seats. There’s an obligatory 3D version that feels, like most 3D-optional movies, entirely unnecessary. No matter what you spend on your movie ticket, sitting through the whole thing is akin to spending two hours having your brain wiped by the series’ Neuralyzer, which most fans probably know as the memory-erasing “flashy thing.” You can occasionally catch a glimpse of how this could have been a great movie, but instead we’re left with a mediocre one that never quite coalesces around its better ideas.