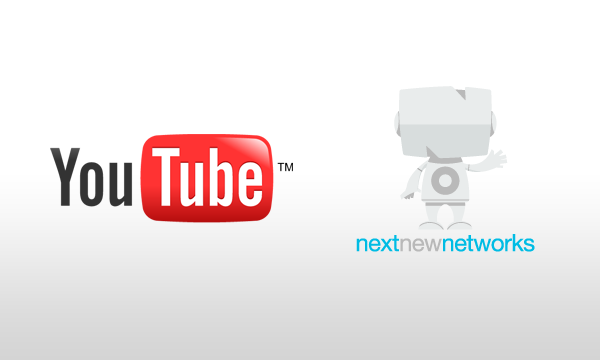 Antoine Dodson, mashups, and hyperactive pets be damned! YouTube wants professional video content and nothing will stand in its way. Google announced today that it acquired Web video company Next New Networks in its latest move toward premium videos. The New York Times first reported the collaboration in December, and now it’s finally come to fruition.

YouTube also recently entered talks to reach out to famous faces and pay them up to $5 million for a branded channel. The effort would obviously make YouTube a far more attractive advertising space, and undoubtedly would win itself quite a few new viewers. Now, it looks like improving it’s own original programming with the help of Next New Networks.

While YouTube has a wide audience and could easily find success in the online streaming market, it’s taking on some formidable opponents. The likes of Netflix and Hulu (and now, Amazon Prime) have established (to varying degrees) a foothold on online video, while YouTube will be relatively new to this game. According to the YouTube blog, the acquisition will act as “a laboratory for experimentation and innovation with the team working in a hands-on way with a wide variety of content partners and emerging talent to help them succeed on YouTube.”

YouTube also says that while it has “hundreds of partners making six figures a year…frankly, ‘hundreds’ making a living on YouTube isn’t enough and in 2011 we know we can and should do more to help our partners grow.” How exactly it’s going to do that isn’t quite clear yet: It almost sounds like Next New Networks will be a trial-and-error program. The company partnered with AOL last year to launch “The One,” a two-minute commentary homepage feature that was a major part of AOL’s new video platform.

YouTube devotees, an ever-growing demographic, are about to witness an interesting transition in its evolution. It’s distancing itself from video footage of everyday people and places and things (and cats…so many cats…), the very concept that made it an Internet sensation, in favor of semi-celebrity and processed programming. That isn’t to say this won’t be a successful move: The professional vlogger is becoming more and more of a reputable profession in the digital community, and the more Internet-savvy average consumers become, the more they expect out of Web content. So it’s not necessarily a bad move on Google’s party – but it comes with some risk attached.

How to cancel your Disney Plus subscription