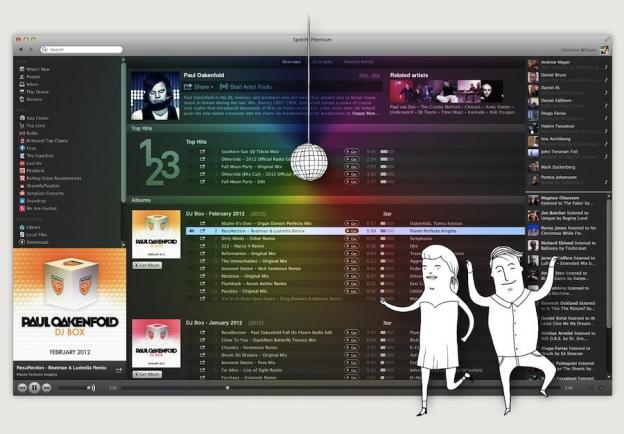 Today Spotify unveiled a bevy of new features to its music player, including Gapless Playback and Crossfade (you check out a full list of what’s new here). First, a brief explanation of what these tools are:

Gapless Playback means your tracks will flow into the next song without pause (with the exception of Spotify ads, of course). This will now be on by default — so if you miss the gap, head over to Preferences and turn it off. Crossfade is fairly similar: it fades one track into the next.

Why you should be happy about the update

Spotify becomes more like iTunes: Despite how popular the streaming music model is, it hasn’t been able to come up with a music player quite as refined as iTunes. The likes of Rdio, MOG, and Last.fm all have their own brag-worthy features, but none are quite as fully-featured as iTunes. Spotify has been the next best thing thus far, but it’s still weathered plenty of critiques. So if losing your iTunes list of possibilities has been keeping you from trying out Spotify, we’re edging close to a comparable application.

You are the DJ: Gapless Playback and Crossfade are two features every DJ needs — whether of the literal or living room variety. Just think about how much you hate that lull in the music at a house party — and now thank Spotify for banishing it.

Your playlists will thank you: If you aren’t a big fan of a mixed playlist and prefer determining the order or your own set, your playlists are going to sound more like you intended them to. It’s nice to get a little more creative with your mixes, and now you can determine how much songs crossfade into one another and eliminate gaps altogether. Again, this isn’t the end of those obnoxious ads, but Spotify can’t completely eliminate the annoyances of a free streaming service application.

It’s simple, but Spotify has been fairly on top of refreshing its player and react to what users are asking for. So what do we want next? Faster music catalog updating and better music matching, or uploading. We don’t see those features hitting Spotify in the near future, unfortunately.