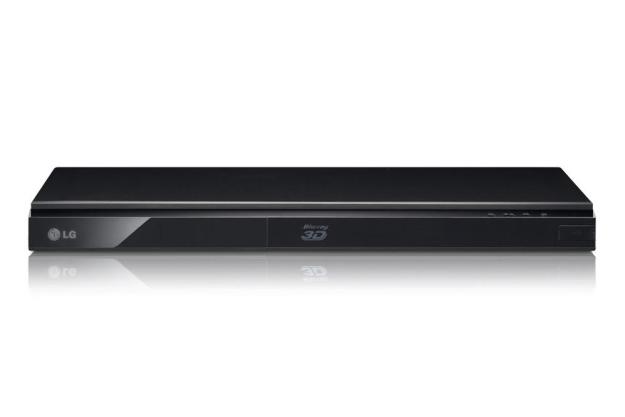 “LG’s BP620 may not ooze the high-end appeal of much more expensive Blu-ray players, but it delivers where it counts...”

Aside from the Toshiba 46L5200U we recently reviewed, most upper-tier TVs come with 3D capability whether we want it or not. If you want outstanding picture quality and sleek cabinetry, you will probably need to buy a 3D TV. So, until the consumer video industry finally gives up on 3D (we can only hope it will happen one day) we should probably all come to understand that just because a TV has 3D features, that doesn’t mean that 3D is the sole source of the price premium; maybe it’s just along for the ride, perhaps providing an opportunity to expose consumers to 3D when they wouldn’t otherwise elect to.

That understanding can now also be applied to Blu-ray players, too. With a few exceptions, most Blu-ray players equipped with Wi-Fi and Internet apps will also come with 3D functions, too. That’s just the deal, folks.

Such is the case with the LG BP620. As LG’s “flagship” Blu-ray player, it of course offers 3D. But that’s not what we’ll be looking at in this review. To us, build quality, speed of operation, user interface, availability of Internet apps, and the quality of those Internet apps are more relevant criteria for most consumers. In this review of the LG BP620, we’ll cover how well this player does with the aforementioned performance metrics and explain why it is we think it no longer makes sense to buy a bargain-basement Blu-ray player.

As we pulled the LG BP620 from its box, our first impression of the player was something along the lines of “hey…not bad!”. If you’re thinking that doesn’t sounding like a gushing endorsement, you’d be right — but it isn’t LG’s fault. We are generally unimpressed with the build-quality of just about every sub-$200 Blu-ray player on the market. Why is it that consumers have to shell out $400 or more to get at a Blu-ray player with a decent chassis and robust power supply?

Let’s leave that question as rhetorical and get back to the LG BP620. The fact is that this player does have a partially-metal case, which is more than can be said for the top end of some other manufacturer’s players. It also feels like it might actually survive a few years in a typical family household, whereas some of the other Blu-ray players we’re currently testing feel about as solid as an Easy-Bake Oven.

The LG BP620 is packaged only with a remote control, batteries for the remote, a little bit of product literature and some throw-away A/V cables, so don’t forget to grab an HDMI cable before you leave the store (or website, as the case may be).

LG has opted to use just four standard control buttons rather than the dodgy, yet surprisingly popular, touch-capacitive type that seems to be invading the consumer electronics industry. The on-board controls include power, eject, play/pause and stop. All other functionality is restricted to the remote.

The face of the BP620 is mainly clean, save a rather oddly located, unnecessarily large and particularly shiny “Blu-ray 3D” badge plastered just off-center and next to the disc tray bay. The disc tray bay occupies the left third of the player and uses a flip-down drawer to keep the facade looking sleek. On the opposite side of the player, a USB input hides behind a tethered plastic tab.

On the back panel we find further evidence that component video output has been more or less dismissed by the CE industry, as none exist on this model or any of the others we’re currently testing (it’s probably about time, anyway). The connections that are available include HDMI, digital optical audio output, standard A/V and an Ethernet port. The BP620 also offers built-in Wi-Fi, which happens to be one of its two defining features as the flagship of LG’s Blu-ray player line — the other is DTS HD-Master decoding.

The BP620’s remote looks a lot like last year’s remote because, for the most part, it is. It still isn’t backlit and, while the white control buttons appear to be glow-in-the-dark, they aren’t. This remote is also missing “hot keys” that will take the user straight to the Smart TV interface or, better yet, straight to the most popular apps (Hulu or Netflix come to mind). Otherwise, we rather like the remote’s design. Buttons are large and accessible, and it feels good in the hand thanks to a textured enclosure, along with a finger indentation on the back.

Build quality: Though we’ve mentioned that our initial impression of the BP620 was that it “felt” reasonably well put together, our evaluations have us a moment to take a closer look. On the positive side, the disc tray ejected and closed very quickly and with some force. It would seem the tray motor is pretty robust. On the negative end of things, we noted that the metal casing on the top and sides of the player are pretty thin. Placing two relatively light Blu-ray players on top of the BP620 caused the thin metal casing of the player to bow in enough that the drive motor came in contact with it. The result was a very loud sound that could easily have been mistaken as a defect. Note to potential buyers: Plan on keeping this player at the top of your stack, and definitely do not place anything of weight on top of this machine.

Speed of operation: Thankfully, it no longer takes Blu-ray players almost two minutes to boot up and begin playing a disc. Though we’ve come a long way since the introduction of the Blu-ray player, we’ve remained disappointed in boot times and disc-loading times through as recently as last year. So, it is with a certain sense of excitement and appreciation for LG’s efforts that we can report that the BP620 is one of the fastest Blu-ray players we’ve tested so far. Boot time from the press of its power button to display of its home screen was 6.7 seconds. That’s nearly half the boot time of Toshiba’s top-tier BDX5300, and more than four times faster than Sony’s BDP-S590. Disc loading time was also speedy at just 14 seconds from the time the disc tray closed to the first displayed image. That’s nine seconds faster than the Sony player and 12 seconds faster than the Toshiba. The quick-play action could be due in part to the rather quick-sounding disc motor at work under the hood of the BP620, which does make a little bit more noise than either the Sony or Toshiba.

The BP620’s reaction time is also speedy. We never felt like we were waiting for the player to catch up with us –a refreshing change of pace.

User interface: As with build quality, the BP620’s user interface isn’t great…but it’s better than most. The GUI isn’t cluttered, thankfully, but it isn’t exactly pretty to look at, either. Considering the home screen is usually the first thing a person is going to see when this player is booted up, we think it ought to have some wow factor. Our second gripe is that some of the user menus aren’t intuitive. For instance, popular Internet apps such as Netflix, Hulu and Pandora are hidden under a “premium” icon, which, to us, infers that the apps must be purchased. Meanwhile, the “LG apps” icon stores a bunch of stuff no one really wants to use.

To add frustration to the matter, there are a series of empty icon bays which users can fill with apps, but it would seem that none of the apps people are likely to use can be placed there. So, Netflix and Hulu remain an additional click (and several seconds of load time) away.

App availability: LG offers access to almost all of the most popular Internet apps, save one glaring omission: Amazon Instant Video. We had hopes that the app might be coming available later this year via firmware update (MLB.tv was just recently added this way) but we learned from our contact with LG that Amazon Instant Video will not be available for 2012. This is a bummer, mostly because Amazon’s instant video service is starting to look better and better as its signs for more and more content.

Quality of apps: Now that the honeymoon with Internet app-enabled devices is over, we’re starting to become a bit more critical of the apps themselves. To use Netflix as an example: many Netflix apps are or were until very recently, totally deplorable. The worst offenders offering nothing but access to what is already in your Netflix queue, others may offer more categories and suggested videos to browse, but lack a search option. The very best apps allow us to fast forward and rewind with video queues, turn on alternate language or closed captioning and sometimes even resume from wherever we may have left off on a previously viewed title.

LG’s version of some of the most popular apps are, in general, some of the best available. The only apps we can think of that compete are found on the Xbox 360. Our only complaint is that some apps won’t let you skip back to the beginning of a title directly and, instead, force the use of the rewind feature.

LG’s BP620 may not ooze the high-end appeal of much more expensive Blu-ray players, but it delivers where it counts and does justice to LG’s flagship Blu-ray player position. This machine’s boot-up and disc-loading times are some of the best we’ve seen, the Internet apps plentiful and well featured and the user interface, while not fancy, is, for the most part, very functional. When a Blu-ray player this good can be had for under $150, we don’t see any point in skimping. LG’s top-level Blu-ray player offers just about everything most folks are looking for in a Blu-ray player these days and is a solid value.