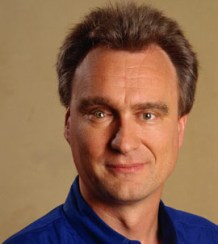 “I’ve worked with Steve for 22 years and have had an incredible time developing products at both NeXT and Apple, but at this point, I want to focus less on products and more on science,” said Serlet in a statement. “Craig has done a great job managing the Mac OS team for the past two years, Lion is a great release and the transition should be seamless.”

Serlet has long been one of the primary driving forces behind Apple’s staggering success. He joined the company in 1997, and is responsible for the “definition, development and creation of Mac OS X.”

According to Gizmodo‘s Jesus Diaz, Serlet was one of the “aces in Steve Jobs’ reboot” of Apple when he rejoined as CEO. So to have such a major figure leaving the company for “science,” it’s hard not to wonder what other factors were at play in his decision to leave Cupertino.

Of course, passion for “science” is as valid a reason as any to ditch a leading role at the world’s most iconic consumer electronics companies. But it could also signal a change in Apple’s priorities. Like, for instance, the diminishing role of the OS X software as part of Apple’s plans for further dominance.

If true, that would mean Apple plans to put its full weight behind devices like the iPad, as well as the iOS mobile operating system that powers the company’s most desirable devices.

Regardless of the reason, expect this to be the only official thing Apple, Serlet or anyone else who’s willing to be named has to say on the matter for quite some time.