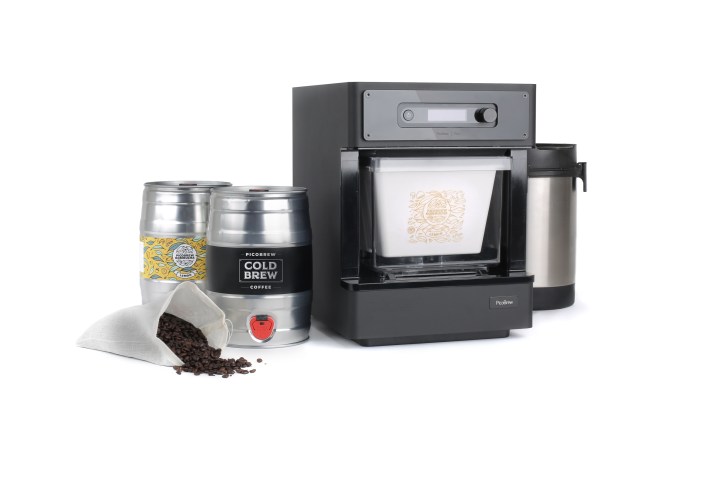 PicoBrew has quickly become a favorite tool for homebrewers, both amateurs and professionals. Now the company behind the lineup of devices designed to make homebrewing easy has an option for folks who want more than just a bottle of homemade beer. The company announced its new Pico C Craft Beverage Bundle, which gives you the ability to make your own cold-brew coffee, kombucha, and, of course, craft spirits all right at your countertop with a single machine.

The Pico C is already pretty well-equipped to tackle cold-brew coffee and other drinks. The appliance has precise temperature controls, fluid flow features, and timers that make it easy to set up proper brewing schedules. However, up until now, the device was primarily for homebrewing beer. A new software update will let owners get more creative with what they make.

Enabling that newfound creative freedom is the Pico C Craft Beverage Bundle, an add-on to the company’s award-winning Pico C homebrewing system. It includes the same Pico C brewing appliance that was originally designed for making beer at home, plus a five-liter brewing keg, three pack of reusable cold-brew coffee filters, the Kombucha PicoPak, and an optional upgrade to get the PicoStill distilling attachment. All of that will be available from PicoBrew’s website for $299 — about 30 percent off the retail price.

If you already own the Pico C, you can get the reusable coffee filters from the PicoBrew Marketplace for $5. The ability to make a cold-brew and other drinks with the device will come via a software update. Just make sure your device is connected to the internet via Wi-Fi and it should automatically download the necessary update.

“Cold-brew coffee is being adopted globally as all-day drink due to smoother taste, lower acidity, higher antioxidant load, and better shelf-stability than traditional hot-brewed or iced coffee. According to the latest market research report by TechNavio, the global cold-brew coffee market is expected to post a CAGR of over 27 percent over the next five years,” PicoBrew co-founder and CEO Bill Mitchell said in a statement. “Cold-brew coffee is traditionally quite a time consuming and imprecise beverage to create at home. With the Pico C’s new capabilities and our ‘precision brew computer’ approach to cold-brew coffee crafting, anyone can now brew a 5-liter keg of quality-controlled cold-brew in 90 minutes or less in their kitchen.”

A YouTuber built a custom PC cooled solely by Jägermeister