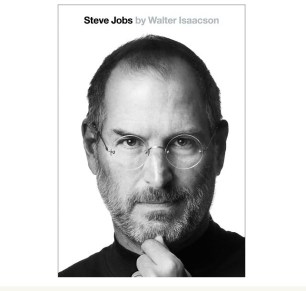 Sony Pictures is believed to be in final talks to acquire the movie rights to the forthcoming and eagerly awaited Steve Jobs biography.

According to a report by Hollywood blog Deadline, the deal could be worth several million dollars. Sony had a big hit last year with another biopic, the Oscar-winning The Social Network, based on Facebook co-founder Mark Zuckerberg.

The Steve Jobs biography, written by former CNN chairman and Time Magazine managing editor Walter Isaacson, was previously set for publication on November 21. However, following the Apple co-founder’s death on Wednesday, publisher Simon & Schuster announced that it was bringing the date forward to October 24.

Isaacson’s book is the result of more than 40 interviews with Steve Jobs conducted over a period of two years. Family, friends, co-workers and business competitors also contributed. Substantial pre-orders of the publication have pushed it to the top of Amazon.com’s best seller list. The digital version also tops the book chart in Apple’s iTunes store.

As pointed out by Deadline, up to now only one other movie has profiled the life of the tech giant. Pirates of Silicon Valley, a made-for-TV production broadcast in 1999, saw Falling Skies actor Noah Wyle take on the role of Jobs.

The Apple co-founder enjoyed Wyle’s performance so much that he invited the actor to make an appearance at the 1999 Macworld event in New York. As you can see from the video below, his impersonation of Jobs at the event went down a storm.

It’s a safe bet any movie chronicling the life of Steve Jobs will also be a big hit.

Steve Jobs’ 1973 job application is now in an unusual auction

Sackboy: A Big Adventure gets special edition with Sony-themed costumes