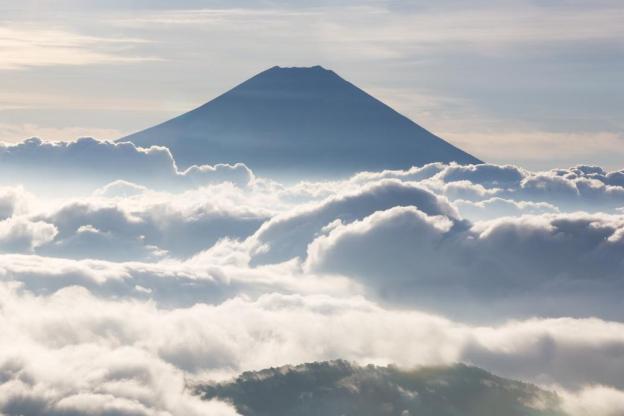 You could by some sturdy walking boots, fly to Japan, take a bus to Mount Fuji and embark on a 3776-meter climb to the top of the country’s highest mountain, or you could sit at home and take on the challenge from the comfort of your favorite armchair using – you guessed it – Google Street View.

Sure, the sense of achievement when you reach the top won’t quite be the same with Google’s 360-degree imagery, but you’re guaranteed good weather, great views and a body that the next day won’t feel like it’s been trampled on for several hours by a herd of elephants.

Also, with Japan’s iconic mountain this year listed as a World Heritage Site by UNESCO, it means you won’t have to battle with the thousands of extra climbers who are expected to take on the mountain during the official climbing season this month and next, a situation likely to lead to some very heavy pedestrian traffic along its various climbing paths.

Google’s expedition to capture the imagery was made possible thanks to its camera-laden Trekker backpack – because no one’s ever driven a car up Fuji (yet).

“The Street View collection covers the highly popular Yoshida trail that takes hikers up the mountain, the full walk around the crater at the top, and the quick zigzag descent,” Google’s Setsuo Murai wrote in a blog post introducing the imagery. “We hope these 14,000 panos of new imagery will give climbers a sense of the terrain to expect under their feet — especially all the night-time climbers who shuffle up in the dark to see the sunrise at the crack of dawn.”

The Mountain View company’s Trekker backpacks have been getting a lot of use just lately, with imagery for the world’s tallest building, the Burj Khalifa in Dubai, making its way to Street View, as well as material from the Eiffel Tower.

Topics
Check out New Zealand’s stunning hiking trails in this new Street View imagery
Now you can try Street View in VR using Google Cardboard
Google’s new Street View app lets you add panoramic imagery and browse collections
25 stunning shots of El Capitan through the lens of Google Street View
How to remove the background from an image
Instagram boss says to expect even more video content
6 awesome Earth images captured from the ISS in July
This GoPro Hero 10 bundle is $100 off at Best Buy today
The best iPhone tripods for 2022
Watch this Mavic 3 drone soar above the world’s highest mountain
How to watch DJI unveil an all-new drone today
DJI Avata vs. DJI FPV: Which first-person drone is best for you?
Astronaut reveals source of ‘intriguing’ bright light on Earth