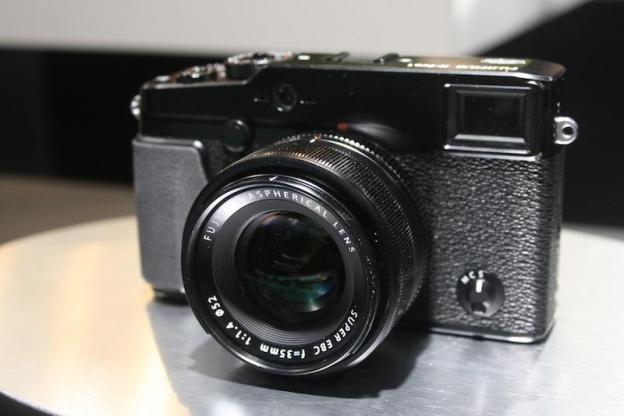 Fujifilm announced its X-Pro 1 at CES, its new interchangeable lens camera that follows in the same retro vein as its popular X100 and X10.

While we were given a thorough introduction to the camera in all its hybrid viewfinder glory, pricing and release dates were still a little iffy. Today, Fujifilm has announced that the latest addition to its X-series will cost $1,700 (body only) and be available at the end of February.

So you’re looking at $2,000+ camera if you want to grab some glass. It’s spendy, but not entirely surprising given how much the rest of the X-series cost at launch – and it could very well mean the X100 and X10 are nearing price drops. Check out our X-Pro 1 photo gallery to remind yourself why it might deserves so much of your hard-earned cash.

Vivo’s X50 Pro has a gimbal for super-steady video, and it really works
Fujfilm X-T200 vs. Fujifilm X-T30: A close call
RAW power: Fujifilm brings RAW video to medium-format GFX 100 — and a new lens
Vivo shakes things up with new gimbal-equipped X50 Pro camera phone
DJI’s new Matrice 30 drone is a mean machine for specialists
How to clean up and organize your photos
This MagSafe iPhone rig aims to give your videos a more pro look
Nikon’s new 800mm lens for Z-mount cameras lightens the load
ReelSteady makes GoPro Player ‘reel’ useful for filmmakers
GoPro takes to the skies with the Hero10 Black Bones
How to turn off the camera sound on an iPhone
24 amazing images of our planet for Earth Day
Instagram test lets you pin particular posts to your profile