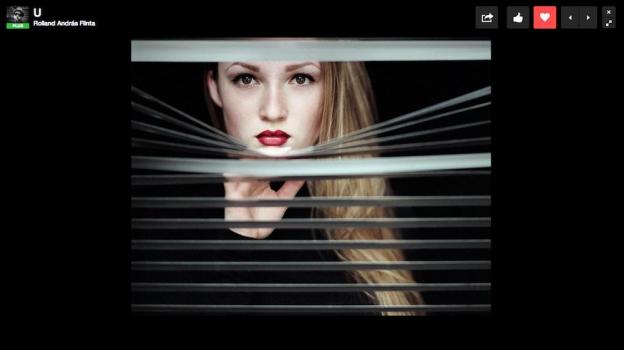 A couple of months after Flickr launched a significant redesign of its website that seemed to impress as many users as it upset, 500px on Wednesday got in on the makeover act and released one of its own.

The site, popular with serious enthusiasts and pro shooters alike, has chosen to put photos first (a good idea for a photo-based site), cutting out the clutter and bringing images front and center while still making it easy for viewers to like and favorite striking shots.

“We’ve watched the way our community interacts with photos on their screens, tablets, smartphones – all the different platforms,” 500px lead designer Adam Shutsa said in a release. “We’ve designed our new photo page with a stronger focus on the image, while keeping it easy to like, favorite, share, and be part of the 500px community.”

So images on the new-look site now fill the screen more than before, while at the top you’ll find the information bar showing the image title, photographer, views, likes, favorites, pulse (indicating how popular an image is at the current time), and a bunch of social media links. Scroll down a little and you’ll find all the EXIF data, as well as the description and any comments for the image. The old design had much of this information squeezed to the right of the photo.

The new Focus View could prove a hit with users – this feature puts images against a black background and presents you with a few basic keyboard shortcuts that allow you to like, favorite, and maximize images. You can also use the arrow keys to move back and forth between photos. To enter Focus View, simply click on an image or tap the ‘H’ key. The design here is simple and clean, with the idea to remove any distractions and allow you to ‘focus’ on the images.

500px’s makeover may well attract users from Flickr still grumbling about the changes going on there, especially those who can’t live with that Yahoo toolbar which appeared recently.

Check out the site’s new look here and let us know what you think.

How to blur a background in photos
How to repost on Instagram
How to hide photos on your iPhone, iPad, or iPod Touch
The best free photo-editing software for 2022
How to clean up and organize your photos
This MagSafe iPhone rig aims to give your videos a more pro look
The best selfie apps for iOS and Android
Nikon’s new 800mm lens for Z-mount cameras lightens the load
ReelSteady makes GoPro Player ‘reel’ useful for filmmakers
GoPro takes to the skies with the Hero10 Black Bones
How to turn off the camera sound on an iPhone
24 amazing images of our planet for Earth Day
Instagram test lets you pin particular posts to your profile