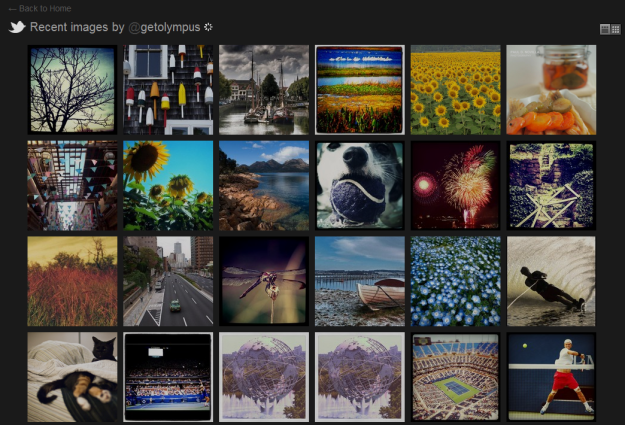 Yesterday Twitter upgraded its photo feature by introducing images galleries. According to Twitter, it will pull your pictures from Twitter, yFrog, TwitPic, Instagram, and other platforms and push them to a dedicated page where you can peruse a user’s personal gallery.

Now, when you view a user’s profile, below their information and above the contacts you have in common, there will be a “recent images – view all” link. This will take you to a collection of their 100 most recent photos posted to Twitter.

In addition to giving its users one more way to use the site, Twitter is also slighting third-party developers – again. We recently discussed how the company has accrued something of a reputation for encouraging app makers to invest their time and attention in building for Twitter, only to repossesses these ideas and spin them into their own, in-house versions. And nowhere has this been more evident than in the case of third-party photo platforms that integrate with Twitter.

As posting images to the site became increasingly popular, so did outside developers’ sites. Twitter didn’t originally include such a feature, so the likes of TwitPic, yFrog, and others became incredibly useful. And these sites are different than Instagram or PicPlz: They were built with the sole intention of pushing your photos to Twitter. The latter have become something of their own social networks, with dedicated users who turn to the site without intentions of pushing images elsewhere. But the Twitter-dedicated applications are the ones that could be suffering very soon.

When Twitter introduced its own photo client, it was apparently without giving notice to the developers that had worked with it for so long. It also released the API for the photo feature, which means other sites could turn to and integrate with Twitter directly for their own applications, forsaking its competitors and former cohorts.

While Twitter doesn’t seem terribly valiant in its treatment of developers, we do wonder if user satisfaction outweighs poor business relations. On one hand, the new photo application and image gallery Twitter has added means that users can stay within the site instead of being bounced to a third-party when viewing another user’s images. There’s also the fact that Twitter is a business, and one that is infamously unprofitable. Keeping investors happy means making decisions that ultimately will make you money. Retaining traffic instead of outsourcing it to third-party clients could help that.

On the other hand, spurning developers doesn’t bode well for future innovation for the site. And the image galleries update means users will be spending even less time on sites like yFrog and TwitPic. Less site traffic means less revenue, and it’s difficult not to be critical of a company that at least appears to be running developers that were very important to its success into the ground – inadvertently or not.

The best free photo-editing software for 2022