We initially reported that renting out your space in bustling New York City for those seeking short-term accommodations is being interpreted as illegal – a man named Nigel Warren had to learn the hard way when he was asked to pay $2,400 for offering his space on popular travel accommodation site Airbnb. Originally Airbnb wasn’t heavily involved in Warren’s case, but now the company is willing to back the fined host with funding and a litigation team.

David Hantman, Airbnb’s Head of Global Public Policy, confirmed their support for Warren in a blog post, stating that they are determined to fight the ruling until justice is served. “In 2010, the State of New York passed a law designed to crack down on bad actors that operate illegal hotels – a goal we all share. Unfortunately, the 2010 law also had the unintended consequence of impacting regular New Yorkers,” Hantman explains. “The New York law needs to be clarified and should be made more fair for regular New Yorkers who occasionally rent out their own homes to help make ends meet.”

The post also makes clear that although they have decided to aid Warren’s extenuating cause, it cannot realistically provide individual assistance to every Airbnb host that encounters a mishap – it’s still up to the user to ascertain the legalities of property rentals in their own locale. Airbnb has available accommodations in over 34,000 cities and 192 countries – that’s too many possible law loopholes for the company to cover personally, and the reason why they leave it up to the hosts to verify their own city laws and leases.

According to Hantman, “recent legislation introduced in the New York State Assembly and the New York State Senate to exempt from the 2010 law those individuals who are renting out their own homes” is truly a great sign, especially since New York is one of their more popular and prized vacation destinations. This is not the end of the battle though, as there are other pressing matters to worry about, such as the amount of flack Airbnb is getting in San Francisco, where the company is based. However, the company’s involvement in Warren’s case and the positive response they seem to be getting has emboldened their pursuit to continue being a reliable resource of many homes-away-from-homes.

“We are committed to clearing the path as best we can for our hosts and the travelers who visit them,” says Hantman. “We will continue to fight Nigel’s ruling, and we continue to fight for a fairer, clearer New York law. The sharing economy is here to stay, and so are we.” 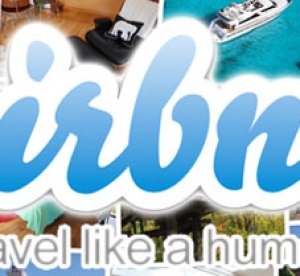 Elon Musk officially owns Twitter now: a timeline of how we got here
How to use Twitter Advanced Search
Twitter to start charging for verification mark, reports say
Having trouble accessing your Instagram account? You’re not alone
Elon Musk considers bringing Vine back from the dead
Staying on Twitter? Here are two ways to make it easier
Elon Musk now Twitter CEO after firing entire board
Twitter Blue is losing Ad Free Articles and Musk’s latest tweets indicate further changes
Clear Mode on TikTok: Here’s what it is and how to use it
Twitter’s edit button could soon be free for all users