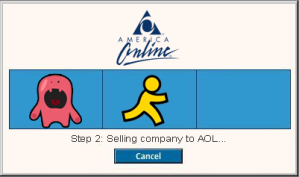 The company writes in that post, “Priority Inbox has the advantage of being directly tied in with Gmail. Since all of Gtriage’s current and prospective users are Gmail users, this puts a small bump in the current plan. Over the next few days we’ll be revising that plan and we’ll keep you posted.”

It is now known that shortly after that post, Unblab approached AOL which has been working on a new email client, Project Phoenix. A deal was struck and Eli Holder, company founder and lone full-time employee of Unblab, will be joining AOL’s mail team to work on Project Phoenix as a project manager.

This acquisition comes on the heels of AOL recently acquiring a slew of other companies, including TechCrunch, Things Labs and 5min. The ailing media giant has been desperately looking to revamp its image and is hoping that bringing in new innovation will help with their overall strategy.

In the meantime, Gtriage has been taken offline, while Eli works to integrate his work into AOL’s new email client. There’s a lot of positive buzz floating around regarding Project Phoenix. The new email client allegedly brings a streamlined and uncluttered feel to the inbox, allowing users to text, email, update status and IM from a “quick bar”. Sign up for to receive an invite to Phoenix and let us know what you think!

What is Twitter Blue and is it worth it?
What is Mastodon? Here’s why everyone’s talking about this Twitter alternative
Twitter’s SMS two-factor authentication is having issues. Here’s how to switch methods
Twitter is reportedly working on paid DMs to celebrities
Staying on Twitter? Here are two ways to make it easier
Elon Musk now Twitter CEO after firing entire board
Twitter Blue is losing Ad Free Articles and Musk’s latest tweets indicate further changes
Clear Mode on TikTok: Here’s what it is and how to use it
Twitter’s edit button could soon be free for all users
Instagram to soon let creators make NFTs and sell them to fans
Elon Musk to cut half of Twitter workforce, report says
Twitter reportedly plans to enable Edit Tweet for everyone this week
Twitter to start layoffs on Friday, internal email reveals