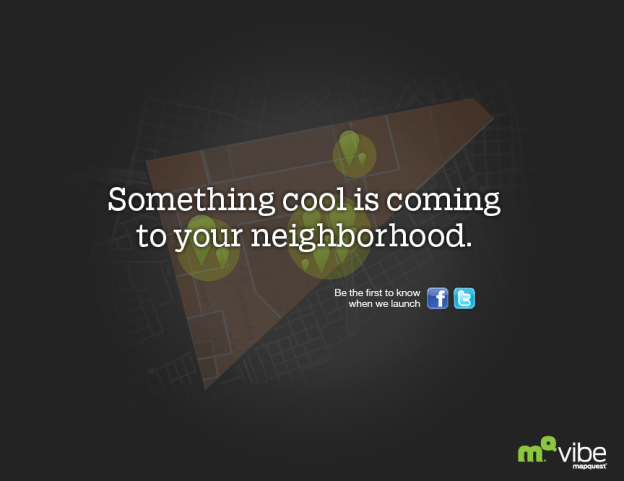 AOL is reportedly interested in getting into the social networking game and resurrecting its struggling MapQuest platform to do so. MapQuest, once the direction site of choice in its hay day, has since been bested by Google Maps and is seeing increasing competition from Bing Maps—largely in thanks to their mobile presence. But now, AOL is rumored to plan a social network around the directions site, pairing geo-social and local together.

But will connecting Internet trends result in success? The site, now renamed mqVibe, won’t try to take on the likes of Facebook, Twitter, or even Google+. AOL doesn’t appear to be interested in launching a large-scale social network that will pull hundreds of millions of users and serve as a media distributor.

Instead, mqVibe seems to be focused on the Yelp, Foursquare, Gowalla social space—a decidedly smaller but still popular social platform. The geo-social meets local business genre is still emerging: We’re still trying to figure out if this is a profitable market and what sort of effects it can have. Groupon’s infamous IPO process is proof enough of this in-flux industry.

That said, AOL does have most of the puzzle pieces available to put something like this together. MapQuest is an established site, and this might be exactly what AOL needs to give its struggling local news network Patch a purpose. The blog platform has been called a major overinvestment that continues to plague AOL, but its Patch Deals coupon curator transformed into some sort of geo-social, map-centric network could be the overhaul it needs for sustainability.

Do we expect mqVibe to steal any of its competitors’ thunder? We’re not so sure. It will likely be able to rival Gowalla and Yelp, but Foursquare’s current momentum seems unstoppable. And the real behemoth of them all could quickly become Google. The site has proved it’s serious about daily deals with its recent purchase of DealMap and expansion of Google Offers, and of course Google Maps remains consumers’ top choice for navigation. Not to mention that Google has a mobile OS to promote all this on–which will continue to include NFC technology that will make mobile purchases that much easier. That’s some formidable competition, and while we don’t expect mqVibe to take down Google geo-social efforts, it could be an antidote to the challenges it’s faced with Patch and connect the dots between a few currently isolated services.