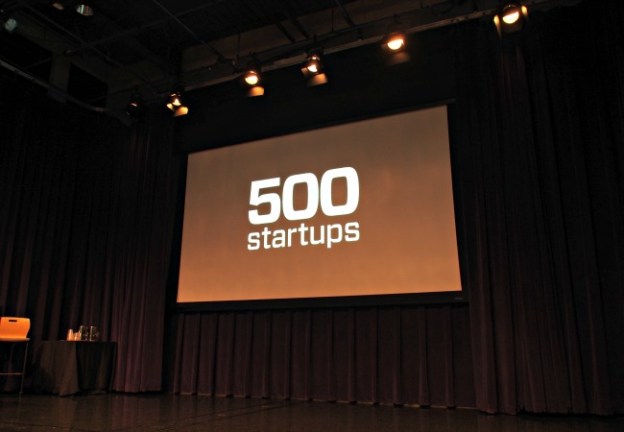 Yesterday, Silicon Valley and Dave McClure-fronted accelerator 500 Startups introduced its fifth batch of startups ready to hit the ground running. The demo day featured a wide variety of new businesses, which are based all over the world and span a handful of markets. We went front and center for the rapid fire pitches and came away impressed by these names that are sure to get some spotlight in the tech world in 2013.

The only way to describe Waygo is that it’s like magic. The translation app works by hovering over text and translating it in real-time. The team has been developing the patent-pending technlogy powering Waygo for two years, and its services are available via the Web as well, if you’re worried about incurring massive data roaming fees while traveling.

At the moment, Waygo is only available for Chinese to English translation, but the team is looking to raise $500,000 toward a business development team, creating and Android app – and to make new language packs. It’s an incredible app to see in action, and one that comes with a price tag its users appear willing to pay (Waygo does 140 translations a week): $14.99 gets you unlimited use, $7.99 for two weeks, and $2.99 for a day’s use.

This startup wants to offer brands a way to know when online users are talking about them – which is something a variety of analytics applications do. The difference is that GazeMetrix is able to assess when people are posting pictures that involve brands. The platform launched six weeks ago and is working with more than 30 brands, include Nature’s Valley and Coca-Cola. “Social is increasingly about pictures,” the team notes. “The scary thing for brands is that they don’t know anything about it.”

GazeMetrix uses technology that “looks inside” photos for logos and icons. This helps fill the gap to see when and where their brands are showing up, as well as giving them a way to find these photos, measure sentiment, and engage with users posting them. The startup is currently raising $750,000.

To sum it up, iDreamBooks is RottenTomatoes for books (and it just so happens the founder of RottenTomatoes is an investor). The site aggregates reviews from professional sources, like The New York Times, in favor of Amazon reviews. (It’s already using 3,000 sources.) The developers say they’ve created their own custom search engine, summarization technology, crowdsourcing techniques, and are even using natural language processing. The goal: to become the universally trusted book review source. Progress is being made; Sony will start incorporating the iDreamBooks score into its e-reader store. The startup is looking to raise $500,000.

Markerly is either a crazy scheme or very slightly ahead of its time and wisely about to beat the rest of us to the next media trend. Markerly tracks and helps share “micro content” – bits and pieces of what’s being published online. While right now, sharing and analytics are focused on whole pieces of content, Markerly wants to tell publishers if someone copy-and-pasted a line or saved an image, and where these items are going. And in addition to telling publishers all this, Markerly allows users to share these pieces of content as they go.

“There are billions of micro content data points being shared every single day,” the team says. “These offer the most accurate portrat of Internet users out there.” Markerly is currently raising but didn’t have specifics on numbers.

Dealflicks describes itself as the Priceline for movies – and its back story is much, much better than that catch phrase. After finding success selling long distance service, buying some expensive cars, dropping out of school only to lose his money and have to return to Berkeley later, founder Sean Wycliffe says he started seeing a lot of movies. After noticing the empty theaters, he got the idea for Dealflicks, which gives users 60 percent off tickets and concessions via online and mobile sales. One of the beta testers saw a 40-percent increase in these numbers by using Dealflicks. The team wants to hit all national theaters, and is looking to raise $750,000 to do so.

This startup is pioneering another “like magic” technology. Kickfolio takes apps and makes them interactive and usable via Websites. Not sure what we mean? Imagine reading a news article about a hot new app and via an embedded player, being able to interact and try the product in question as it’s intended to be used.

The Australia-based startup has created a service that means publishers only have to implement a single line of code – a three minute process – and then readers and users can natively test and demo apps on their sites. Social platforms like Twitter and Facebook could also support this function.

WalletKit aims to help developers who want to streamline and simplify their mobile wallet approach. With the proliferation of digital currency products flooding the market (Passbook, Lemon, Isis, Google Wallet), we’re looking dead in the eye of fragmentation. WalletKit is a solution that allows you to make custom mobile passes and tickets for customers that are also visually appealing, and to do it for different mobile wallet platforms. The included software also allows you to send these passes via your app, email, or custom link, so all consumers are able to access them. You can also track usage and manage passes. It’s a fairly multifaceted way to get in on mobile wallets, and could easily stand to benefit from the market confusion we’ve only begun to see. The team is looking to raise $500,000.

Topics
What is Reddit?
Elon Musk just did something uncontroversial at Twitter
How to undo reposts on TikTok (and why you should)
Many Twitter accounts could soon lose blue checkmarks
Elon Musk reveals date for Twitter Blue relaunch
What is Twitter Blue and is it worth it?
Twitter closes offices as ‘work pledge’ deadline passes
What is Ambient Mode on YouTube?
What is BeReal?
How to delete a BeReal post
How to use TikTok’s voice changer
Twitter attempts to sort out verification system with new badges
Hive Social is my favorite Twitter alternative, but that’s not saying much