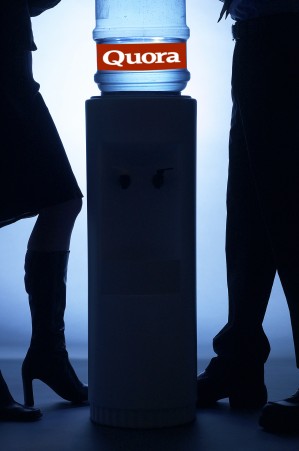 Quora is good for a lot of things: Research, self-promotion, random queries. But it’s even better at revelations, especially of the social media variety. The Quora community is a gossipy one to begin with, but as the lines between digital and social media continue to blur and bleed into the tech world, there are even more opinions out there to be had.

It doesn’t help that the more influential social media becomes, the more companies stop talking about internal activity. In steps Quora – the perfect host to defectors, outspoken employees, and company stories that would otherwise never see the light of day. Here are some of the most insightful and revealing social media revelations the Q&A site has to offer.

This might be one of Quora’s more recent revelations, but it’s a classic in the making. Last week, Twitter suspended various site applications including UberTwitter, for allegedly violating its app policies “in a variety of ways.”

If you happened to head on over to Quora to check out the situation, you may have noticed the question “why did Twitter suspend UberTwitter?” UberMedia CEO Bill Gross directly listed why his app was gone, and pointedly said his company had made the Twitter-requested changes and was “waiting for the apps to be restored.” According to Gross, Twitter had promised that upon modifying the app, “they would restore [UberMedia’s] access to their API.” Founder and CEO of UberTwitter Paul McDonald also responded to one question about the matter, saying that Twitter never actually asked UberTwitter to change its app, instead just cutting it off without warning.

Skim down a few answers and you find a retort from Twitter communications director Matt Graves, who pointedly begins “we’re not going to into a discussion about this here…” before launching into a 200-plus-word defense. Graves basically reaffirms the company statement, and says that Twitter continues “to be in contact with UberMedia.” The app was restored shortly thereafter.

Former Facebook CTO Dustin Moskovitz is a relatively avid Quora user. As well he should be: His former colleagues, Adam D’Angelo and Charlie Cheever founded the site. Still, it’s almost unheard of for a member of the elite Facebook fraternity to so vocally share his thoughts on all things digital. He doesn’t shy away from some of the more critical questions about his last job, instead offering up incredibly candid observations arguably the Internet’s most dominant force.

In response to the query, “why didn’t Facebook Marketplace ever really catch on?,” Moskovitz explains it just wasn’t important enough to the company. “The most damning feature to me,” Moskovitz writes, “was the lack of proximity search, making it completely useless for the #1 craigslist usage (real estate), and really advanced search of any kind.”

There needs to be an honorable mention for Moskovitz’s insightful response to “what does Mark Zuckerberg think of the Facebook movie?” The question was on everyone’s mind and every interviewer’s tongue once the movie came out, and Zuckerberg stopped short of saying it was false except for the wardrobe. Moskovitz, however, noted that “it’s just cool to see a dramatization of history” and that he thought “a lot of [Zuckerberg’s] positive qualities come out truthfully in the trailer (soundtrack aside).” More hilariously, he mentions that “the version in the trailer seems a lot more exciting, so I’m just going to choose to remember that we drank ourselves silly and had a lot of sex with coeds.”

In the wake of less than inspiring Yahoo news, this little number got a quick response from Derek Gathright, a Yahoo engineer. Gathright wrote that according to the site’s chief product office, “Q. Is Yahoo! committed to Flickr? A. Hell yes we are! We love this product and team; on strategy and profitable.” For dedicated Flickr photogs, that’s encouraging news – it’s one of the programs most flourishing applications and Quora gave some confirmation of its longevity.

“Why was Mark Zuckerberg in Beijing?”

When Facebook’s CEO vacationed in China last year, there were suspicions he had more than relaxation and sightseeing on his itinerary. Facebook has long tried to break through China’s Internet firewall, and his tour of the Baidu headquarters, the country’s largest search engine, fueled rumors that he was once again looking to bask in China’s billions of Internet users.

While the general consensus was Zuckerberg was practicing his Mandarin, one Baidu executive offered a little more information via Quora. Director of international communications with the firm Kaiser Kuo commented on the question, confirming Zuckerberg did indeed visit out of personal interest. However, Kuo implied that a Facebook entry into China would be challenging but positive – and mentioned this in the same breath as Zuckerberg’s meeting with Baidu CEO Robin Li. Kuo claims the two CEOs have a mutual respect, and adds that a compromised Facebook for Chinese citizens is better than none at all.

Some outlets thought this Quora Q&A deserved its own feature article. We definitely didn’t, but it is an amusing anecdote that offers some interesting Facebook insight. According to Andrew “Boz” Bosworth, a self-described Facebook veteran, the Like button almost never was. Its evolution spanned two years, and the idea of an Awesome button originated from a July 2007 Hackathon. A month later, changing it to Like received a “lukewarm response,” and then the project stalled a bit. Apparently, Bosworth notes, FriendFeed began using a Like feature during this time – something that went unnoticed at Facebook.

A launch date in the fall of 2007 was all ready for the Awesome button, but Zuckerberg wasn’t convinced. Again, development crawled to a standstill – until a bug prematurely outed the feature. A handful of users got a glimpse, only to lose it until February 2009 when the Like button was officially introduced. Bosworth mentions Facebook immediately came under fire for lifting the idea from FriendFeed, but insists it this isn’t the case.

“Is Google dogfooding Google Me yet?”

Quora has become perhaps one of the most reliable places to find answers on Google’s long-anticipated social project. We reported on this particularly posting earlier this year, but it was one of the first major revelations into Emerald Sea (also claimed to be Emerald City), which we’ve now come to know as Google +1 (potentially).
Early speculation and Google hinting led consumers to believe that the company’s social element would be fully-featured and Facebook competitive, and the anonymous answer to this query proved otherwise. According to the insider, the internally named Emerald Sea will be built on top of existing Google applications. We’re seeing now that Google has added such a tool to its browser and inside various web properties, so it seems like the early revelation was dead on. That is, unless Google breaks out its originally hyped and appropriately named Google Me network. We’re thinking a project of that scale is long gone, though.