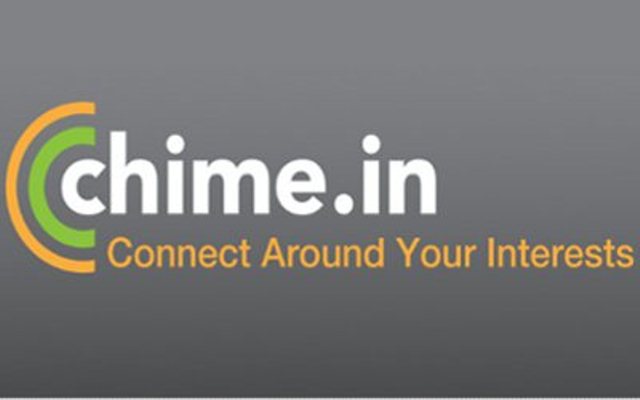 Another social networking site is throwing it’s ring into the hat, and this one’s scoring some unusual hype. The folks from UberMedia (the team responsible for all those Twitter-based platforms) have long been rumored to be launching a Twitter competitor, and now it’s here… except it’s a Facebook-Digg-Twitter-etc competitor. It’s scoring a lot of press, and Chime.in is trying to tackle our social media context (or lack thereof) problem. But will it be able to streamline information and hold its own again formidable rivals?

How it’s the same

It’s your standard social site with a centered stream (cleverly called the Chimeline) that you can view with filters including time, things you’ve liked, things that people or brands you follow have shared, or comments.

And as it goes with these things, Chime.in is trying to be many things at once: It’s like Twitter meets Digg, with an attempt at producing a community that rivals Facebook and also weaving in elements of Quora.

It all works a little differently though. Because it’s not about you: It’s about what you’re interested in. “You can follow a part of a person or whole person,” UberMedia’s Bill Gross says. Basically it doesn’t filter by people alone, it filters by what people say.

Context has become increasingly difficult to find on our social networks, the more robust they become. And by putting subjects instead of people first, Chime.in is trying to add a little relevancy to the Web. “Social networking is now a part of our lives–it’s everywhere–but it’s easy to get lost int he oceans of information it creates,” UberMedia COO Jon Kraft explains. “Chime.in allows you to connect with others around the things you’re interested in.” He always tells us it does this by “surfacing the ‘good stuff,'” and selects the information you want and pulls it to you.

And if that isn’t enough for you, how about the fact that Chime.in will pay its users? It’s not quite that simple, but Chime.in is taking a different approach to Internet advertising. Users will see half of the revenue from an ad that appears on their Chime.in page–or, if you’re responsible for selling that ad space, you get all of the profit from it. On Facebook, your page might be littered with ads, but Facebook gets all of this. Chime.in is essentially giving you more ownership over your profile than its competitors do.

The first major issue we foresee in Chime.in’s near future is marketing overload. Upon launch, the site announced it’s partnering with E!, Universal, Bravo TV, and Disney. Now combine these advertising heavyweights with Chime.in’s purpose to feed you content by interests and we could easily imagine the social network becoming little more than an endless way to spam you.

With major social networks like Facebook and Twitter (and yes, MySpace), people came first. Once the user base was there, then these platforms introduced brands and more commercial channels to lead to profits. But we’re wary of a site that’s catering to this type of activity right off the bat without first reeling in devoted users.

Another issue—although an arguably easier one to fix—is the UI. It all looks basically the same but lacks polish and isn’t as easy to navigate as it should be. If Chime.in is trying to make social networking more topical, it’s seriously hurting that mission statement by creating a UI that’s disorienting and hard to read.

Probably not. There are more than a few “Facebook alternatives” that have tried this route before. There’s Anybeat (formerly Altly), and the ill-fated Diaspora. And recently, in reaction to Twitter’s stepping on the toes of third party, integrated app platforms, the TwitPic team launched Heello. Of course there’s also Google+, which has fared better than many other attempters but has had some well-documented struggles.

It already seems the Chime.in is trying to do too much by roping in various popular aspects of its competitors. That said, Kraft did tell us the site isn’t sitting idle and will be releasing its ad revenue system, advanced community tools, a metrics dashboard for tracking your activity, and a developer API. The faster those plans are in motion, the better.

What about this interests graph thing?

Who else is trying to segment social networking by user interests? Oh, just everyone. Facebook’s Subscribe feature and focus on lists were implemented to cut down on News Feed disambiguation and clutter. Twitter’s lists were meant to do that same. Google+ Circles worked to help you segment your friends, which you could use as interest groups.

These all segment by groups of people, but it seems like Chime.in is trying to create a problem in order to be the solution: Most of us have no problems grouping people by their interests and what they represent to us. Work, high school friends, family members, fellow Star Wars nerds, etc. We generally don’t think of socializing by subject, we think of it by people and what they mean to us.

It’s not a unique idea that the social web needs some organization—that your funnels of information could use more context. But we’re not sure Chime.in is the answer.