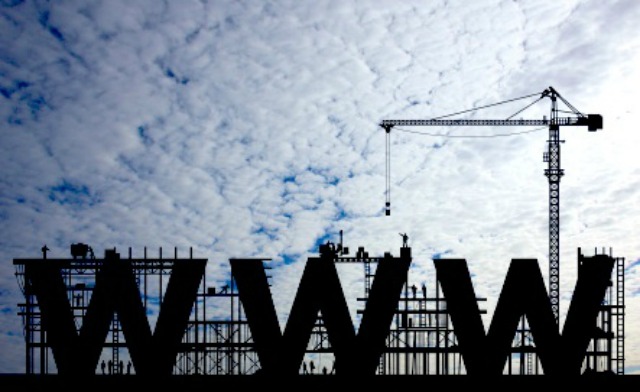 Depending on what type of Internet user you are, you either think the Web is an open, free-flowing, exchange of ideas and thoughts – or you’re constantly terrified we are rapidly losing access to the only place where real freedom of expression is allowed to live.

In reality, we’re probably stuck somewhere in between. For all intents and purposes, we users (at least those in the U.S.) have an immense amount of tools and applications at our disposal that are inarguably making communication and creativity easier. You only have to look as far as the DIY movement, consumerization of the 3D printer, and the democratization of learning to code to know that the Internet and technology have made it remarkably simple for anyone to become a creator of nearly anything. These are undeniably good things that we have our current digital industry to thank for.

At the same time, governments and corporations are being charged with trying to restrict our access to these amazing tools provided by the Internet. More than ever before, platforms are getting information requests upon information requests, and the control large Internet corporations have over what we see and don’t see online is worrisome. This intersection between everything the Internet has given us and everything that could potentially be taken away was a focus at New York Social Media Week, where a handful of industry experts spoke about the potential and perils of our Worldwide Web.

The geography of the Internet

Part of how governments want to control the Web is by treating it as a physical place – one with borders that give them the rights to dictate what happens inside their countries. “Governments want to divvy up the Internet and create points of control,” Katherine Maher, Director of Strategy and Communications for Access, an international organization dedicated to human rights and technology policy, said during her keynote at this week’s event. Like a legislature can govern its constituents within its borders, so too would they like to govern the Internet within their own borders.

There are currently some 133 counties where the Internet can be “turned off with a phone call.”

Clearly, the largest risk here is to repress governments, and we’ve seen the effects these places have had on the Internet. According to Maher, there are currently some 133 counties where the Internet can be “turned off with a phone call,” which is a frightening thought.

It’s hard to deny that the Web has become a “place” of sorts. Thanks to the advent of social networking, there’s a tangibility to online lives, and this makes the Internet feel like a physical place. Unfortunately, there are those who want to capitalize on this sentiment and set up rules and regulations over the Internet – but that inherently challenges the most important part of the Web. It’s supposed to the great connector, the great communicator, the one true thing that can enable us to interact with anyone, anywhere.

The global Web is also having more of an affect on global politics than ever before. ArchiTechs author Rahaf Harfoush spoke to the interconnectivity of the Internet to real world relationships – these affect everyone, from middle schoolers to international leaders. The Cablegate disaster, for instance, put politicians around the globe in awkward positions as the damning things they’d said about one another were suddenly publicly available. It’s like talking about your friend behind his back only to realize everyone in your school – including your friend – was listening. The difference, of course, is that classroom gossip is merely embarrassing; political squabbles can have greater consequences.

The dangers of the filtering slippery slope

While the intersections of Internet and politics are filled with massive gray areas, another concern for the open Web is the effect of filtering. Aggregation has become an important trend, and one that is dominating how we find, process, and interact with content. As more and more people gain Internet access via various devices, and as the Web simultaneously puts new tools into our hands for creating content to fill it with, discovery is a problem. Really, it’s a happy problem. We are all creators now, and there is so much happening online and through social networks that we can’t get to it all. There is no end to the Internet.

Still, the intensity of the amount of information for us to process what’s out there is what’s led to aggregator and curator overload. And while these tools inarguably try to help us focus in on what’s relevant and important to us, the consequence is that we’re limiting ourselves to what we see.

After stepping away from MoveOn, his political affiliated organization, UpWorthy’s Eli Pariser decided to broaden his Facebook News Feed horizons. “I went on a friending campaign to meet people that had different points of view – right wing, libertarians – I wanted a News Feed with a more diverse set of opinions and ideas,” he said. “Instead, I noticed none of these new people I added to my online environment were showing up at all. Facebook was looking at my interactions and saw I’d engaged with people who shared my political beliefs more, and upranking them and downranking the content of people I didn’t agree with.” The result? A very homogenous Facebook experience.

Pariser, along with his friend and Reddit co-founder Alexis Ohanian, warned about the false perception that we’ve moved beyond the age of gatekeepers. They’re still there, maybe stronger than ever, because they’re so well hidden. “We’ve turned the power over to algorithms instead of people, but they are doing the same things,” Pariser said, naming Google and Facebook as two obvious culprits.

There’s an easy metaphor here: that the Internet will follow the route of radio. It was this amazing democratic tool for free speech … and then companies like Clear Channel came in and took control of the medium and it lost much of its power. Will the Internet follow this trajectory?

Of course it’s not all doom and gloom for the Web. Individuals have more power than ever before to utilize and even change how the Internet is evolving. “There’s a renewed sense about being engaged as a citizen,” Ohanian said. “We can hold companies and our government accountable.” To demonstrate his point, Ohanian pulled up an app that immediately connects you to your representative so you can issue a complaint, question, criticism, or request more information about something.

“We should have the same expectations [of transparency] of our politicians that we do of Kim Kardashian.”

Speaking to the power of the individual, Harfoush also pointed out the case of Bradley Manning. While an undeniably controversial figure, he certainly speaks to the effect one person can have thanks to the democratization of the Web. “One person was able to affect diplomacy on a global level,” she said.

The take-away from all of this is that we should be demanding transparency about what’s happening in the development of the Web – and we’re starting to be trained to do this thanks to social networking and the fact that we are live streaming everything that happens to us. “Thanks to social media, there’s an expectancy for transparency,” Ohanian says. “We should have the same expectations of our politicians that we do of Kim Kardashian.”

More than we realize, the future of social networks and the Web is in our hands. As Pariser puts it, “we need to step up and be citizens of this virtual space.”

How to block someone on LinkedIn
Oh great, now our Twitter data is for sale on the dark web
What is the TikTok blackout challenge? The dangerous trend that has parents suing
Twitter apologizes for personal data misuse with timeline alert
Snapchat is down right now. Here’s what we know
The more Instagram copies TikTok, the more I hate using it
Elon Musk hints that he could start his own social media platform
Facebook Messenger finally starts testing end-to-end encryption for all chats
What does a check mark mean on Facebook Messenger?
Twitter’s latest features are all about curbing election misinformation
Snapchat Plus subscribers are getting these four new features today
You can (sort of) generate art like Dall-E with TikTok’s latest filter
You can now use the Add Yours sticker on Reels for Facebook and Instagram