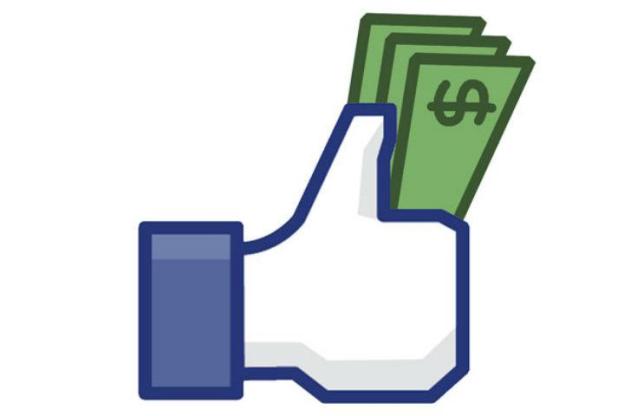 While there are many variables to the art of gambling, one thing is constant: The house always wins.

But what if that house is Zynga, the online gaming company in shambles after a precipitous popularity drop and major layoffs?

Zynga isn’t the pretty young gaming company it once was, but don’t count it out just yet. There’s a new CEO, Don Mattrick, and he boasts impressive gaming credentials. Zynga is mounting a comeback, and the plan centers on two things: gambling and Facebook. Hide your kids, hide your wallets; if online gambling blows up on social media, it’s going to be a mess.

Though Zynga continues to create various types of games, the company is aggressively pursuing gambling games on Facebook through a partnership with a company called Bwin. Titles like ZyngaPlusPoker and ZyngaPlusCasino are slated to hit Facebook in the future, though there’s no set release date. You can play these titles directly through Zynga already, but the Facebook-integrated versions will have the advantage of an enormously popular anchor service.

And you’re not betting digital cows or whatever it is people used to barter in FarmVille; this time around, users bet real money. The money you win playing on one version will be transferable to another version, giving players several access points to the games, and versions for mobile are also on the horizon.

“The U.S. is becoming an increasingly pro-gambling nation, from the Lottery to casinos. 20 years ago, only six states had casinos, now 30 plus states do.”

And Zynga isn’t the only gaming company partnering with Facebook to produce bet-based titles – this looks like a harbinger for a wider gambling trend on Facebook. The social network also recently set up another partnership with a company called Paddy Power. Paddy Power will offer real sports-related gambling, centered on something called Paddy Power In Play, which will let people place bets on real horse races and soccer games.

It’s not the first time Facebook ventured into gambling; a company called Gamesys introduced a social bingo game called Bingo Friendzy in 2012. But now Facebook is joining up with bigger names and transitioning into what looks like a straightforward test-drive for a larger market.

For now, all of this gambling is limited to the U.K., where these games will be released, since it’s still illegal to gamble online in most of the U.S. And that might be bad news for people who drive out of their way to avoid racetracks, but it’s a savvy strategy for both Zynga and Facebook. In anticipation of its announcement about the gambling games, Zynga’s stock has already risen.

And although this is just a U.K. project right now, if it continues with any modicum of success, it would make sense for Facebook to start pursuing gambling in other countries as well. Though it’s illegal in the U.S., Nevada has an exception to that rule, as does Delaware, while New Jersey and other states are working to legalize online gambling. So it’s not out of the question to think about Facebook bringing this program to the homeland in the future – in fact, it’s likely that Facebook is already discussing how to implement gambling games in the U.S. so it is primed and ready to go when gambling is legalized.

All of this may rescue Zynga and help Facebook. For Zynga, the potential for revenue-generating games is a huge step in the right direction. If the games take off, it won’t be a small amount of money; research from SuperData predicts social gambling will bring in $2.5 billion by 2015, and Zynga is positioning itself well by joining forces with Facebook.

And Facebook has been looking for ways to encourage people to spend money within the site, so if it can get its users acclimated to the idea of putting in their credit card information and combining social networking with online spending, that will make coming up with ways to generate revenue substantially easier.

For instance, if Facebook lets you input your bank information once and finds a way that you can then make in-app purchases directly from the site, people may be more inclined to make small impulse buys, since they’ll just have to click instead of actually going to get their credit cards and punching in the information each time.

But this doesn’t mean that Facebook gambling will actually be good for Facebook users. There’s a reason online gambling is illegal in so many places; while many people can just have fun and handle it responsibly, others can’t, and if you can access your favorite games through one of the most popular websites in the world, it may make avoiding temptation even more difficult. And even for people who don’t know or care about the difference between Texas Hold ‘Em and Wyoming Five Card (or the fact that I just made one of those up) online gambling via Facebook will be incredibly annoying just because people will get constant invitations from their friends to play.

Considering how many FarmVille, Mafia Wars, and Candy Crush invitations get sent out to people who absolutely have no interest in playing and actively loathe receiving said invitations, it’s easy to imagine how much more intense it will be when these gaming apps actually have monetary stakes.

Now, Zynga still might end up dissolving before it can make enough money from the U.K. gambling games to alleviate its struggles, and all of these gambling games may not catch on as Facebook hopes. After all, some people who online gamble may not want their gambling identity so closely linked to their Facebook account. And if the rules don’t change in the U.S., this endeavor will have a limited audience.

But it looks like the rules are changing in the U.S. Legislators have approved numerous pro-gambling changes through over the years. Colin Jones, a founding partner and card counting expert at Blackjack Apprenticeship, says the chances of online gambling legalizing are high. “I think the U.S. will change the rules, though I’m not sure how long it will take. The U.S. is becoming an increasingly pro-gambling nation, from the Lottery to casinos. 20 years ago, only six states had casinos, now 30 plus states do.”

Several states are pushing hard to legalize online gambling, including California, Mississippi, and Iowa. And the New York Times reports that the overseas online gambling industry rakes in $32 billion in revenue, and that Juniper Research predicts that online gambling revenue from mobile phones alone is expected to top $100 billion by 2017.

A slice of that money could revitalize Zynga and help it reclaim its place as Facebook’s premiere gaming partner (it was usurped by King, since Candy Crush caught on). But Facebook is going to make Zynga fight for its place. “We are introducing new partners slowly, carefully, and responsibly,” a Facebook spokesperson said, noting that they continue to expand gambling game partnerships. So even though Zynga is taking a stab at Facebook gambling, if it doesn’t produce games that beat a growing competitor pool, Facebook may profit from betting without Zynga’s help.

Topics
Facebook claims that just because EA is running, gaming isn’t dead on the social network
Online gambling: Zynga bets on real-money games to bring in the cash with UK launch
Zynga announces new games, and gaming platform “project Z”
Zynga launching Words With Friends on Facebook
Elon Musk reveals date for Twitter Blue relaunch
What is Twitter Blue and is it worth it?
Twitter closes offices as ‘work pledge’ deadline passes
What is Ambient Mode on YouTube?
What is BeReal?
How to delete a BeReal post
How to use TikTok’s voice changer
Twitter attempts to sort out verification system with new badges
Hive Social is my favorite Twitter alternative, but that’s not saying much