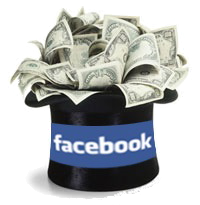 In a rare press release, Facebook has cut to the chase about its funding and IPO plans. In a series of question and answer statements, the social network officially revealed it’s been working with Goldman Sachs and what (or what not) it plans to do with all that money.

In addition to confirming it raised $1 billion in overseas share offerings and increased its valuation to $50 billion, Facebook also took some time to set the record straight about those pesky whispers about SEC investigations. “Even before the investment from Goldman Sachs, Facebook had expected to pass 500 shareholders at some point in 2011,” the press release noted. And here’s the kicker: “…therefore [Facebook] expects to start filing public financial reports no later than April 30, 2012.”  So there you have it: a 2012 Facebook IPO is in motion, always has been, and all the sloppy work in the world on Goldman Sachs’ part won’t stop it.

Sure, we know that private companies are capable of disclosing their financial records without going public, but that’s something of an unprecedented move. And even though Facebook’s all about unprecedented moves, we’re inclined to believe the company has officially set the stage for an IPO next year.

So what about that $1 billion it just pocketed? Without mentioned specifics, the company claimed it will “continue investing to build and expand its operations.” CFO David Ebersman also said, “With this investment completed, we now have greater financial flexibility to explore whatever opportunities lie ahead.” At least until April 30, 2012…

Targeted Facebook ads are about to lose a big audience: iPhone owners