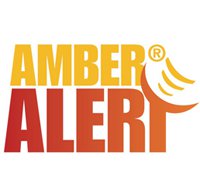 In the latest chapter of Facebook doing good, the social networking site will begin sending out Amber Alerts to its users. Facebook is partnering with the National Center for Missing and Exploited Children (NCMEC) and the Justice Department to deliver the alerts that will be issued as notifications.

All users can sign up to receive the notifications for their respective state (there are 53 separate pages, including the US territories), and anytime a new bulletin is posted it will show up in the News Feed.

For some time now, Facebook has been used to galvanize interest around causes, including cases of missing children. Their validity was sometimes questionable, and subject matter was occasionally controversial. Individual police department Facebook pages previously sent out Amber Alerts as well, and now Facebook will do them one better by organizing the program as well as donated 50 million advertising impressions for its kickoff.

In 2007, MySpace (with the help of Sentinel Technology) took a similar route by developing sex-offender tracking tools for its site. In response to mounting pressure to protect its users (especially underaged ones), the site donated its database technology to the NCMEC to assist law enforcement agencies.

The new Facebook system will be opt-in so that its intentions are clear, and never border on overwhelming users with updates. “We are very sensitive to people considering this as spam, and our message to the public has been: One, you are not going to be inundated,” president and CEO for the NCMEC Ernie Allen said at this morning’s press conference.

Tomorrow is the anniversary of the abduction and murder of Amber Hagerman, after whom the program is named.

Facebook has typically shown a willingness to collaborate with authorities and state officials to work as an emergency broadcast system, and the success of Amber Alerts on the social networking site could lead to wider use in the future.

3 reasons why Instagram Reels is failing to compete with TikTok
More Twitter users will soon see fact-check notes on tweets
Instagram whacked with massive fine over child privacy
Edited tweets may be coming to your Twitter timeline soon
What does a check mark mean on Facebook Messenger?
Twitter’s latest features are all about curbing election misinformation
Snapchat Plus subscribers are getting these four new features today
You can (sort of) generate art like Dall-E with TikTok’s latest filter
You can now use the Add Yours sticker on Reels for Facebook and Instagram
TikTok bans influencers from creating paid political ads
The 10 most popular TikTok accounts
Downloaded YouTube Shorts clips will soon include watermarks
Snap’s Pixy drone flies off into the sunset as it’s reportedly canceled