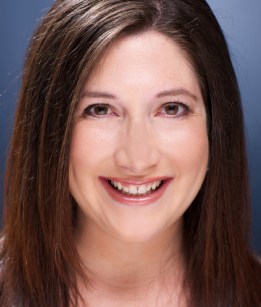 A Zuckerberg is leaving Facebook. No, it’s not that one. It’s his sister, Randi.

According to an All Things Digital report, Mark’s big sister is packing in her position as marketing director to start a new firm, RtoZ Media, designed “to help companies become more social.” She started working at Facebook soon after it was founded in 2004.

The social networking site issued a statement in connection with her impending departure, saying: “We can confirm Randi has decided to leave Facebook to start her own company. We are all grateful for her important service.”

In her resignation letter to Facebook COO Sheryl Sandberg and communications head Elliot Schrage, Randi called it “the perfect time” to leave her brother’s social networking company. She wrote: “I have spent my years at Facebook pouring my heart and soul into innovating and pushing the media industry forward by introducing new concepts around live, social, participatory viewing that the media industry has since adopted.”

She continued: “We have made incredible progress, but there is still much to be done and other ways I can affect change. Now is the perfect time for me to move outside of Facebook to build a company focused on the exciting trends underway in the media industry.”

Suggesting ties with her brother’s company are far from over, she also wrote: “I’m proud of what I’ve done here and the people I have had the chance to work with. But I know I’ll be able to do just as much or more for Facebook once I’m on the outside.”

As All Things Digital points out, Randi recently gave birth to her first child and so has been on maternity leave. Sources suggest that time away from the busy Facebook office has given her a chance to quietly consider her career.

She ended her letter with: “…I leave with a deep love for Facebook….Be assured I will continue to be a strong, vocal evangelist for the most incredible social platform ever created.” Mark will be pleased about that.

Topics
Twitter to start charging for verification mark, reports say
How to create multiple profiles for your Facebook account
Reels are about to show up in yet another Facebook feature
What is a Facebook Pixel? Meta’s tracking tool, explained
Elon Musk reveals date for Twitter Blue relaunch
What is Twitter Blue and is it worth it?
Twitter closes offices as ‘work pledge’ deadline passes
What is Ambient Mode on YouTube?
What is BeReal?
How to delete a BeReal post
How to use TikTok’s voice changer
Twitter attempts to sort out verification system with new badges
Hive Social is my favorite Twitter alternative, but that’s not saying much