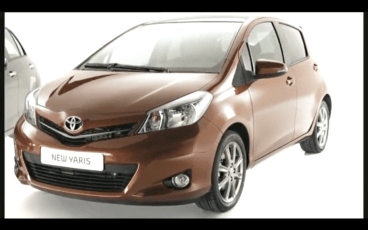 Ex-Googler and now Facebook product manager Paul Adams is supposedly the man behind Google Circles – and Google is doing everything to keep you from hearing about it. Adams has written a book called Social Circles, and claims that Google is blocking it from being published. Via his blog, Adams explains he left Google because the company was a better fit for engineers. Being on the research and design end of things, Adams felt his talents would be better suited for Facebook. “Google values technology, not social science,” he says.

But even though Adams doesn’t really have a bone to pick with Google’s corporate infrastructure, the fact that the company is blocking his book is another matter. “I wrote the book in collaboration with Google, and in June 2010 they officially gave me permission to publish it. The book content, the title, and the cover all exited prior to Emerald Sea (Google+).” Adams says that after the media caught wind of the project in summer 2010, Google took back its go-ahead on the book and asked him to hold off until after Google+ officially launched. And now that it is, Google still won’t give Adams the right to publish his book and has been ignoring his emails.

So what’s the book about? Given Google’s reaction, you might think it’s a sordid tale about the company’s constant struggle to create a social network and possibly about the inner turmoil along the way – maybe even why Google is inept when it comes to social media. But there’s no tabloid or scandal attached to Adams book: It focused on “the complex body of academic research about social behavior and to make it accessible to the many designers, developers and markets who need to know this stuff. The industry needed this book.”

While it sounds more like a textbook, maybe Google just doesn’t want its competition getting its hands on what stands to make it a lot of money. Another ex-Googler, Dhanji Prasanna, who has more palpable ire for the company, points out that Adams did a presentation called Real Life Social Network while Google was developing Circles and the rest of Google+. The presentation was made public, which Adams says Google was aware of. However, Prasanna says that this presentation and Adams departure to Facebook resulted in the creation of Facebook Groups, a direct play off of Google Circles. Of course, Groups isn’t as core to Facebook as Circles is to Google+, but perhaps the scare was enough for Google to halt Social Circles’ publication.

And while some might assume that Adams’ move to Facebook had anything to do with the pre-Google+ introduction of Facebook Groups, he says this is not the cause. Via Quora, Adams says he and all Google employees who defected signed a non-disclosure agreement and he respected this. “I didn’t breathe a word about Google+ to anyone at Facebook. In fact, Facebook were [sic] very pro-active in ensuring that I don’t [sic] mention anything to anyone internally.”

Twitter Circle is coming soon. Here’s what you need to know