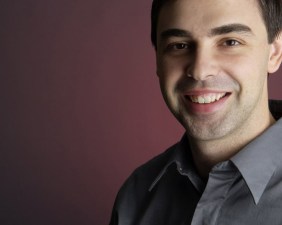 As Larry Page regained the reins of power at Google in recent days, the once-again CEO unleashed a swarm of changes and demands of the company in an attempt to reinvigorate innovation at the Internet giant. First order of business: Get social media right.

In a confidential memo sent out to all Google employees on Friday, Page explains that success in the “social” sphere is necessary for Google to compete, Business Insider reports. To help ensure the proper level of motivation, Page altered the company’s compensation policy in such a way that up to 25 percent of employee bonuses is now directly linked to how well Google does with social media in 2011.

Even employees not directly involved with the company’s social media strategy and products are expected to play their part, Page says. All employees are now expected to test new social products, and give feedback to the development teams.

“This is a joint effort so it’s important that we all get behind it,” Page writes in the memo. Employees are also now expected to hock Google’s latest social creations on their friends and family. “When we release products, try them and encourage your family and friends to do the same.”

Unfortunately for everyone involved, Google isn’t exactly known for its stellar performance in the social realm. In fact, it has so far stumbled at every attempt to step into the social market in a significant way that truly connects with users.

Just last week, Google launched its latest social product, dubbed Google +1. The service functions similarly to Facebook’s “like” button by allowing users to recommend links to people they know. Whether or not +1 will be the first move in the right direction for Google’s strategy remains to be seen.

In addition to spelling out the company’s new social media goals, Page began his tenure this week with a sweeping overhaul of the company’s management structure, reports the Los Angeles Times. The reorganization included the promotion of six executives to the level of senior vice president, as well as the resignation of SVP of product management Jonathan Rosenberg.

Page also looked to the success of Google’s Android and YouTube departments — both of which have near autonomy at the company — as a blueprint for how to restructure the company to cut down on bureaucracy and further fuel ingenuity and innovation.

Twitter is reportedly working on paid DMs to celebrities
Twitter reportedly plans to enable Edit Tweet for everyone this week
Instagram to soon let creators make NFTs and sell them to fans
Twitter Blue is losing Ad Free Articles and Musk’s latest tweets indicate further changes
What is Mastodon? Here’s why everyone’s talking about this Twitter alternative
Elon Musk reveals date for Twitter Blue relaunch
What is Twitter Blue and is it worth it?
Twitter closes offices as ‘work pledge’ deadline passes
What is Ambient Mode on YouTube?
What is BeReal?
How to delete a BeReal post
How to use TikTok’s voice changer
Twitter attempts to sort out verification system with new badges