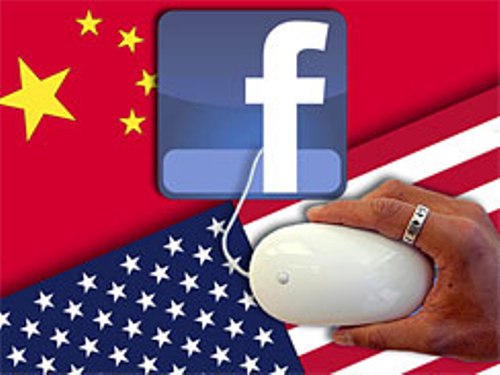 A thorough profile on Facebook COO and former Google executive, Sheryl Sandberg, by BusinessWeek took an in-depth look at the social network’s resident “adult” and Mark Zuckerberg’s number two. Along with the profile of the COO, the article revealed some intriguing insights on Facebook’s attempts to make a play for the Chinese market. Interestingly, it sounds as if there may be some inner ethical disagreements within the company’s executive branch.

“There are compromises on not being in China, and there are compromises on being in China. It’s not clear to me which one is bigger,” Sandberg says. It’s not only Sandberg’s indecision on China–BusinessWeek got ahold of three Facebook insiders that admitted the COO and Zuckerberg “fundamentally disagree” on how to proceed. Her trepidation makes sense, seeing as Sandberg saw first-hand the financial and structural toll Google experienced in its aborted dealings with China.

BusinessWeeks’ insiders also claimed Zuckerberg believes a Facebook-China partnership could yield results as it has in other repressive governments. While a nice sentiment, it directly contradicts the message Facebook has been trying to send recently. A lobbyist for the company addressed the Facebook Revolutions, saying that “We are occasionally held in uncomfortable positions because now we’re allowing too much, maybe, free speech in countries that haven’t experience it before.” By all accounts, Facebook has been attempting to ease Chinese apprehensions about what the social network can do for free-speech activists, making it relatively clear it’s willing to find some sort of workaround to allow the Chinese government access to user information and also compromising on censorship.

It seems counterintuitive for those with knowledge of Zuckerberg’s alleged intentions to reveal that Facebook could be a platform for change in China. If by some stretch of the imagination this is true and Facebook is maneuvering some underhanded operation to convince China it will aid its government’s censorship, only to actually be working to free citizens’ of their repressive government…well, it seems too ludicrous to even continue the thought. If anything, Facebook has been trying to distance itself from its role in the revolutions sweeping the Middle East as much as possible, with reports suggesting this stance is specifically an effort to quell any apprehension within the Chinese government.

On the other hand, it seems just as far-fetched to believe Facebook staffers would deliberately try to kill their companies’ ambitions by spreading rumors through the media. We’re waiting to see how this one plays out, and despite Sandberg’s caution, she also told BusinessWeek that regardless of her feelings, Zuckerberg gets the final say.