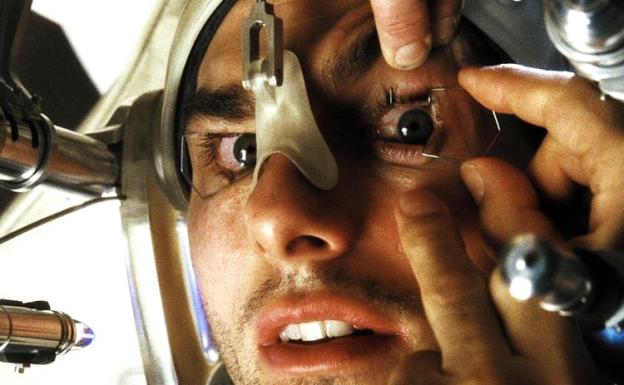 The Federal Bureau of Investigation is looking into the creation of an application that would allow it to better mine social media content, in an attempt to more accurately identify, target and fight “emerging threats” in real-time. The application could also be used to predict potential threats before they even happen.

According to a Request for Information (RFI) posted to the Federal Business Opportunities website, the FBI says it hopes to “determine the capability of industry to provide an Open Source and social media alert, mapping, and analysis application solution.” This tool would allow the FBI to “quickly vet, identify, and geo-locate breaking events, incidents and emerging threats” using “publicly available” information posted to social networks, like Facebook and Twitter, as well as local and national news publications.

Of course, monitoring social media is nothing new for the law enforcement community. At present, however, it’s simply too ineffectual and inefficient for the FBI’s needs.

“Social media is a valued source of information to the [FBI’s Strategic Information and Operations Center (SIOC)] intelligence analyst in routinely monitoring events,” says the RFI. “Analysts have standing intelligence issues that they monitor as a matter of daily course around the globe. It is also seminal in their effort to provide initial information about single events of significance to law enforcement. Social media has become a primary source of intelligence because it has become the premier first response to key events and the primal alert to possible developing situations.”

The application the FBI hopes to have built would simply make this process easier and more thorough.

Here’s how the FBI envisions the app working: The information gathered from news and social media outlets would be overlaid onto a digital map, pinpointing the location of the “breaking events,” along with all other relevant contextual data. Additional information, including US domestic terror data, worldwide terror data, the location of all US embassies, consulates and military installations, weather conditions and forecasts, and traffic video feeds, would also be overlaid on the map.

A robust search feature would also be incorporated into the app, which would allow the ability to “instantly search and monitor key words and strings in ‘publicly available’ tweets across the Twitter Site and any other ‘publicly available social networking sites/forums,” according to the RFI. The FBI wants the search function to allow for simultaneous key word searches “that can look at 10 or 20 separate incidents/threats at the same time within the same ‘window.'” The ability to monitor tweets and other social media data in a minimum of 12 foreign languages, and to “immediately translate” those posts into English, is also outlined as a required feature of the application.

The future is now

All of that seems fairly straight forward. In fact, we are surprised the FBI doesn’t already have such an application at their disposal, since all of the features it outlines are well within the capabilities of a skilled software development team. Not to mention the fact that much of what the FBI hopes to use already exists in different parts. Websites like OpenStatusSearch.com, YourOpenBook.org, TweetScan.com and Tweepz.com make it possible to quickly and easily search for key words being posted publicly to Twitter and Facebook. All the FBI’s dreamed-up app would do is combine these features into a single product, and expand them with additional governmental and law enforcement data, and mapping tools.

However, the FBI doesn’t just want to know about what’s happening now; it also wants to predict events that are about to happen — to predict the future. If that sounds suspiciously like Minority Report, you’re not alone.

“Social media will be critical to meeting the intelligence objectives stated above because it provides unique access to communications about the special event [i.e. political conventions, national holidays, or sporting events] in advance of its occurrence,” reads the RFI.

As with the ability to search tweets and updates, using social media to predict the future is nothing new. In March 2011, the Journal of Computational Science showed that tweets could be used to predict upcoming fluctuations of the Dow Jones Industrial Average to an accuracy of 86.7 percent. And just this month, the Rand Corporation analyzed tweets from 2009 that used the hashtag #IranElection, and found that an increase in swear words in tweets could be used to predict where and when protests and other forms of public discontent would occur.

Using predictive technology isn’t limited to academics, governments, or corporations, either. The website RecordTheFuture.com allows anyone with an account to access troves of information about potential upcoming events, including product releases, stock fluctuations, and even upcoming vacation plans of private individuals.

Is everyone a target?

In other words, the worlds of Aldous Huxley and George Orwell have already arrived. The FBI simply wants to create a custom application that combines already-available technology, and streamlines it, in an attempt to do their job better. That’s all good and well when if it’s used to stop truly “bad guys,” like terrorists who want to blow up a football stadium. The problem is, who do they consider “bad guys” nowadays? Hackers like Anonymous? Wikileaks supporters? Occupy Wall Street protesters? Everyone?

The most cautious (and possibly wisest) among us would say all of the above. And it’s increasingly hard to refute their warnings. Late last year, President Obama signed the latest iteration of the National Defense Authorization Act (NDAA), a law that comes up for annual renewal. The problem with this year’s version, say critics, is that it includes provisions that would allow the US military to detain anyone — including US citizens — anywhere in the world, without trial or due process, if they are suspected of terrorist activities. Moreover, NDAA provides such an ambiguous definition of “terrorist activity” that groups like Occupy Wall Street or Anonymous could fall under this perilous category.

It must be pointed out that President Obama included a signing statement with NDAA that guaranteed that his administration would not use the law to indefinitely detain US citizens. Needless to say, that has done little to quell the cognizant public’s outrage.

So, what to make of all this? Most obviously, it is now painfully clear that everything we post online is being watched. And if the FBI gets its new application — which seems to us an inevitability — the eyes with which it sees our tweets and updates will have bionic vision, and even the ability to peer into the future. What is less obvious is how the government’s quest to protect the public good will be abused to trample legitimate free speech and lawful public dissent.

In short: Big Brother is real. He is watching. So be careful what you say online today — it could be used against you tomorrow.

Topics
A new Senate bill would fundamentally change the internet as we know it
Social media sites can predict your behavior even if you don’t use them
Are Facebook, Instagram taking a Labor Day break? Users report downtime globally
Social Feed: Self-destructing friend requests, skip to good parts in live video
What is Mastodon? Here’s why everyone’s talking about this Twitter alternative
Elon Musk reveals date for Twitter Blue relaunch
What is Twitter Blue and is it worth it?
Twitter closes offices as ‘work pledge’ deadline passes
What is Ambient Mode on YouTube?
What is BeReal?
How to delete a BeReal post
How to use TikTok’s voice changer
Twitter attempts to sort out verification system with new badges