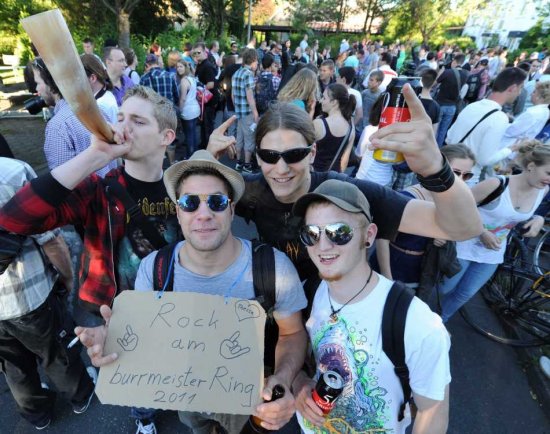 Next time you post a party to Facebook, make sure you set the invitation to “private,” or you might end up with a giant mess on your hands. Just ask Thessa, a teenage girl from Germany, who learned that lesson the hard way late this week: Police estimate that between 1,400 and 1,600 random Facebook users showed up at her Hamburg home on Friday after she accidentally made her party public on the social network.

The 16-year-old literally fled her home prior to the big event to avoid the mischievous hoard, reports Reuters. Which makes perfect sense considering 15,000 people accepted her party invitation prior to the big night. The party’s cancellation notice went entirely ignored.

Despite Thessa’s absence, police say more than 1,000 people partied outside the suburban home from about 7pm until 2am. There was little violence reported during the impromptu party, but some revelers did suffer minor injuries, police said. In total, 11 people were reportedly taken into custody for minor scuffles that caused bodily harm, resisting arrest, a little bit of private property damage and at least one instance of “violating explosives laws.”

“It was by and large a peaceful party,” said Mirko Streiber, a Hamburg police spokesman. “There were some fires set alight, some acts of violence and with considerable alcohol consumption there was some property damage. There have been larger organized birthday parties in Hamburg but this may be the largest unorganized birthday party ever.”

“We had cordoned off the house, some 100 police were on the ground, four of them on horses — but that did not keep the kids from celebrating,” Streiber told the Associated Press. “The party was a hit.”

Something tells us that, if this had happened in the United States, everything might not have gone so smoothly. Just a hunch…