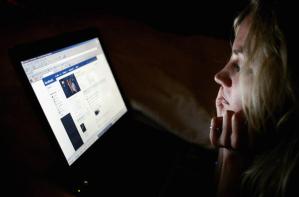 We already know that Facebook has its ties to health – studies have shown girls who inundate your feed with self portraits have low self esteem and that the social media site is more addictive than sex and cigarettes. Now, we’re being warned that it could play a part in childhood depression – so much so that it’s even being called Facebook depression.

According to the report from the American Academy of Pediatrics (AAP), “researchers have proprosed a new phenomenon called ‘Facebook depression,’ defined as depression that develops when preteens and teens spend a great deal of time on social media sites, such as Facebook, and then begin to exhibit class symptoms of depression.”

The AAP is encouraging doctors and parents to start keeping tabs on children’s use of Facebook, and other social media and communication tools in general. Youth Internet time has skyrocketed and doctors feel they need to warn parents via new guidelines that outline how to “talk to children and adolescents about their online use and the specific issues that today’s online kids face, such as cyberbullying, sexting, and difficulty managing their time.”

One somewhat hilarious suggestions is for parents to ask “What did you write on Facebook today?” or “Any new chats recently? Anyone text you today?” We can already hear the snide remarks and see the eye rolling these types of innocent queries are certain to elicit from a decent amount of teens.

The AAP wants parents and doctors to be particularly concerned about Facebook (no other platform is singled out in the statement), and of course it’s perfectly fine and probably best if parents are aware of their kids’ Facebook activity to some extent. However, this type of warning and labeling seems to toe the line of fear-mongering. The report also touches on the benefits of social media, including boosted communication skills and enhanced learning opportunities – which apparently we can allow children to experiment with so long as they don’t contract symptoms of Facebook depression.