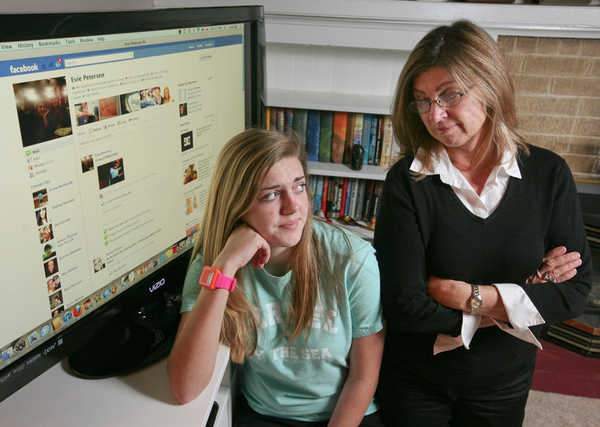 A recent Consumer Reports survey found that roughly 7.5 million Facebook accounts belong to users younger’ than 13 and that as many as 20 million are under 18. While that might seem like a relatively low number given Facebook’s 500+ million users, being a minor with a Facebook account is increasingly becoming a scary thing: Cyber-bullying on the site has reached frightening proportions and child predators are a well known concern associated with the site.

Considering Facebook’s apparent reach with children and the risks associated with having an account, it’s surprising it took this long for a bill giving parents increased access to their kids’ profiles to be proposed. Senator Ellen Corbett is behind California SB 242 or the Social Networking Privacy Act, which forces Facebook and other social networking sites to give parents administrative control over these accounts. Parents would be able to ask Facebook to remove images or text and the social network would have to comply within 48 hours – or else they could be fined $10,000.

For now, the bill has only been proposed in California, so those would be the only parents lucky enough to have such powers. Of course, with such power comes responsibility, and Facebook isn’t entirely certain parents can handle it. Spokesman Andrew Noyes called the bill a “serious threat,” and it stands to reason that parents could abuse the system, asking for heaps of information to be removed from children’s profiles. There’s also the problem of objectivity: Some more conservative parents might want reasonably tame photos removed, or wall posts with foul language taken down – which could eventually become a large expense for Facebook not to mention the complicated moral objections this bill may raise.

The bill reaches even further, insisting that it would used to keep family members of social networking account holders safe. Sites like Google, eHarmony, and Match.com would also be subject to this legislation. SB 424 would require users to go through their privacy options even before using the site, and prior to signing up at all users would be able to opt out of sharing their information.

Topics
What is BeReal?
What is Mastodon? Here’s why everyone’s talking about this Twitter alternative
Twitter’s SMS two-factor authentication is having issues. Here’s how to switch methods
Twitter has reportedly suspended signups for Twitter Blue
Elon Musk reveals date for Twitter Blue relaunch
What is Twitter Blue and is it worth it?
Twitter closes offices as ‘work pledge’ deadline passes
What is Ambient Mode on YouTube?
How to delete a BeReal post
How to use TikTok’s voice changer
Twitter attempts to sort out verification system with new badges
Hive Social is my favorite Twitter alternative, but that’s not saying much
Elon Musk meets Apple’s Tim Cook to settle dispute