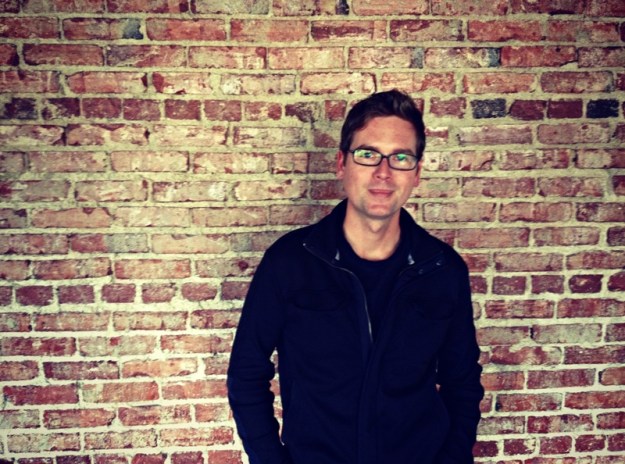 Since co-founding Twitter in 2006 and serving as the company’s creative director, Biz Stone has solidified a spot within the “Who’s who” of the Silicon Valley startup elite. Stone’s visibility hasn’t waned since stepping back from his role at Twitter to focus his efforts into Obvious Corp, the incubator he operates with Williams and early Twitter team member Jason Goldman.

Obvious Corp has been behind, or had a hand in, various high-profile launches recently, including the conversation and publishing-focused Branch and Medium, as well as productivity and achievement app Lift. And while Stone’s priority revolves around using technology to help the world communicate and tell stories, he’s also exercising a little creative muscle and will be a part of Canon’s Project Imaginat10n, which pairs industry experts and production teams to create short films based off of contestant-submitted photography.

While speaking with Stone about his involvement with Project Imaginat10on, we picked his brain about everything from the evolution of Twitter to the stealth-status Medium to his personal thoughts on Instagram.

Digital Trends: There’s an argument about whether Instagram is hurting photography or democratizing it – where do you fall?

Biz Stone: Well, I think the proliferation of photography on the Internet and on social networks and now with [connected cameras] – my latest Canon point-and-shoot can send photos right to the Web – in general, I think this proliferation is a good thing because it’s getting more people into the medium and we’re seeing more photographs from all around the world.

To take a sort of high altitude view of this, I think the more photos we get from around the world online, the more we can see ourselves as citizens of the world and I hope that kind of idea can lead to more global empathy and in a way unify humanity so that we can move forward as one. I know that’s a grandiose thing to say, but more photography allows us to see the world through the eyes of other people.

DT: Branch recently issued an update to diversify its content and encourage more users and more types of conversations, widening its reach from the rather elusive crowd who first took to the platform. Can you talk a little about this change?

Stone: We [Obvious Corp] are helping Branch, but Branch has its own founders and CEO and leadership; we’re more like hands-on advisors. The recent announcements are more of a way of looking at the product; it’s not necessarily a lot of changes within the technology, it’s more of a perspective change. The idea was, “Let’s make this appealing to many more people.”

DT: What can you tell us about Medium? We know it’s still very much in beta and under wraps.

Stone: It’s still very closed. We’re experimenting with it, but in general Medium is an attempt to ask and answer the question “What does publishing look like given the current media landscape?” Everything’s changed in the last 5 years.

Publishing and journalism and storytelling are the most important things in the world in terms of how humanity learns and how we approach problems and challenges. Journalism is obviously undergoing a huge change but the world is now networked and that wasn’t true before.

DT: Is Medium for general users or for publishing platforms?

Stone: Both. Evan and I traditionally have, for the last 13 years, developed large scale systems for people to express themselves online and we subscribe to the idea that the democratization of publishing and info exchange is a really good thing for the world. But more information isn’t necessarily making it smarter, it’s just giving us more information. So, from there, how do we turn information into understanding, and into action, and into positive change?

We’re starting out with a handful of people publishing on Medium now, and they are very few but they tend to be either professional writers or people that are professional in certain disciplines, so they have important, quality things to say. Not that everyone doesn’t have quality things to say, but at least for now we’re trying to set an expectation for a certain level of quality so we can kind of guide people toward that.

DT: So how are you going to do that?

Stone: When you look at Medium now, there’s a button that says “This is good,” which is a very straightforward way of capturing a reaction.

There are so many things nowadays you can measure: Did someone scroll all the way down; did they highlight something … we don’t even know [everything you can capture]. There’s a lot of traditional measurements on the Web and most of them are driven by Web advertising, which unfortunately doesn’t necessarily lead to a better user experience. So we want to try and do things that lead to a better user experience and then develop a business model, which makes sense so that the user experience is the best it can be.

We want to open as soon as possible. [We have] one of the best teams we ever assembled, plenty of money, and we know the window of market opportunity is small, so we want to have something out by the end of the year.

DT: How did Twitter lead to Medium – or did it at all?

Stone: It didn’t necessarily; the joke is we started with long-form blogging, then went to short form blogging, and now we’ve got Medium which is just right! But that’s just a joke.

In 1999 I started a Web blogging community called Xanga, then I worked at Blogger, then I started Twitter, and now we’re doing Medium. It’s just naturally a progression of our careers.

DT: How have you seen Twitter evolve since its creation?

Stone: I can’t speak to specific operational details … [but] one of the things that’s come to light recently is the idea – which we were thinking of a long time ago but now it’s really starting to come true – that, while the basic sort of unit of twitter, the 140 character tweet, is still intact and still works over the simplest of phones anywhere in the world, tweets have become something of an envelope, and when you open them, you have all this rich interaction, and [we’re] finally see that not just coming true but being used so much.