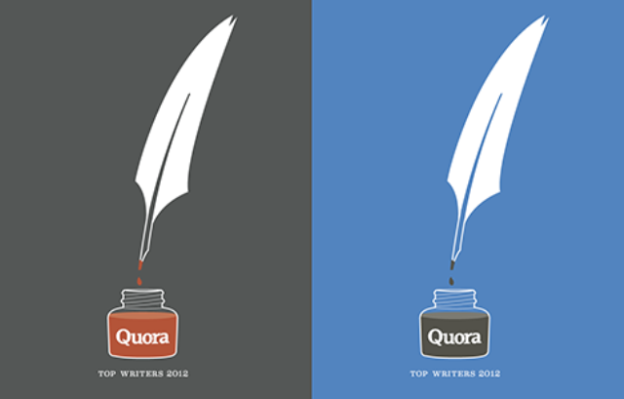 Influential Quora writers now have something to brag about — in addition to their Q&A prowess. Quora announced it’s introducing its Top Writers program, which publicly recognizes the cream of the crop of its users.

For the most part, the Top Writers program is simply social acknowledgement for those dedicated and eloquent users who Quora staffers believe to be “remarkable people with talent for communicating with expertise, knowledge, authenticity, and emphaty.” These people, as Quora explains it, are writers “with a talent for describing the human condition and the world around us.” It’s an achievement that could be more than just a meaningless title as Quora continues to gain platform legitimacy.

These Top Writer’s answers are more likely to appear at the top of search results on Google and Bing’s social sidebar. It’s noteworthy when you consider Quora’s 350 percent year over year growth, with Google accounting for as much as 50 percent of its traffic. With the platform’s hurried evolution into a dependable destination for answers, Quora’s Top Writers are sure to become influencers in their respective industries.

There are 492 users included at launch of the Top Writers program. These writers are in the “charter” class, according to Quora, meaning on average they’ve contributed 350 answers apiece. These writers come from 30 different countries and cover diverse topics, of which the top subjects include Movies, Food, Startups, Psychology, and U.S. Politics. The Top Writers full time occupations run the gamut, from neuroscience and healthcare to military and policemen, and even photographers and screenwriters. And as many as 10 percent of Quora’s Top Writers are students.

Each Top Writer will have a small icon, in the shape of a quill, added next to their name on their profile page to indicate their status. They’ll also be receiving a “welcome package” courtesy of Quora with a Top Writer 2012 t-shirt. In addition to this, Quora announced that the company was going to be hosting Top Writer-only meetups, which will include Quora swag, and a Top Writer community board for the latest updates and announcements.

There’s a whiff of elitism you may be picking up on here given all the special privileges these select upper echelon of users are receiving, but it’s a strategy that has worked successfully in the past. Yelp has been known to cater exclusive services to its handpicked and top reviewers, known as the Yelp Elite Squad. YouTube also helped grow its platform into an advertising hub thanks to its initial incentive with its YouTube Partner Program. Despite what could be seen as a controversial move, history has shown that a community oriented platform has benefited from a partnership or VIP program to motivate its top influencers as well as inspire to users to actively use the site.

Topics
What is Ambient Mode on YouTube?
What is Twitter Blue and is it worth it?
What is Mastodon? Here’s why everyone’s talking about this Twitter alternative
Twitter’s SMS two-factor authentication is having issues. Here’s how to switch methods
Having trouble accessing your Instagram account? You’re not alone
Elon Musk considers bringing Vine back from the dead
Staying on Twitter? Here are two ways to make it easier
Elon Musk now Twitter CEO after firing entire board
Twitter Blue is losing Ad Free Articles and Musk’s latest tweets indicate further changes
Clear Mode on TikTok: Here’s what it is and how to use it
Twitter’s edit button could soon be free for all users
Instagram to soon let creators make NFTs and sell them to fans
Elon Musk to cut half of Twitter workforce, report says