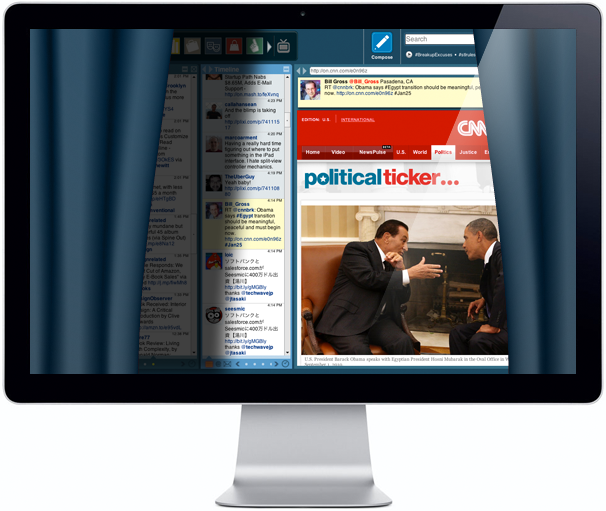 According to CNN and three insiders “briefed on the plans,” Twitter app maker UberMedia is in the process of creating a competitor microblogging site. From the sounds of it, UberMedia plans to play directly off of Twitter’s flaws and most common user complaints for its own platform – most specifically character limits and new user confusion.

Earlier this year, Twitter suspended multiple apps developed by UberMedia, claiming that its software was violating its policies. Among the restrictions UberMedia failed to follow were hindering Twitter’s 140 character limit, trademark infringement, and changing the content users’ Tweets “in order to make money.” UberMedia’s founder shot back, saying he made all of the requested changes.

UberMedia was soon restored, but it definitely put Twitter on its toes. Shortly thereafter, the site announced it would holding future apps to a higher standard. While UberMedia was given the go ahead to continue, new apps “that mimic or reproduce the mainstream Twitter consumer client experience” would no longer be tolerated.

Now Twitter might not have to worry about any duplicating services from UberMedia. The company (which is finalizing talks to buy the most popular third-party Twitter client TweetDeck) currently controls roughly 11.5 percent of all daily tweets through its apps, which isn’t a bad place to be start. Just for reference’s sake, TweetDeck is estimated to account for 20 percent of all daily tweets. Originally this acquisition was seen as a risky move, since UberMedia relies entirely on Twitter for its existence and was rumored to have offered up a hefty $30 million for TweetDeck. Now it all makes a little more sense: UberMedia is creating a loyal fanbase – at the same time that Twitter is incurring the wrath of third-party developers. CNN reports that a recent Twitter memo downplays the role app developers have in the site’s massive success, and encourages them to build more varying software that doesn’t so closely resemble the site itself. This didn’t play over well with developers, and given a choice between Twitter and a more sympathetic platform, it’s easy to believe there could be quite a few defectors.

If anything, Twitter has something to be mildly nervous about. But it’s difficult to believe even UberMedia could usurp a site that has only been growing its users and valuation recently.