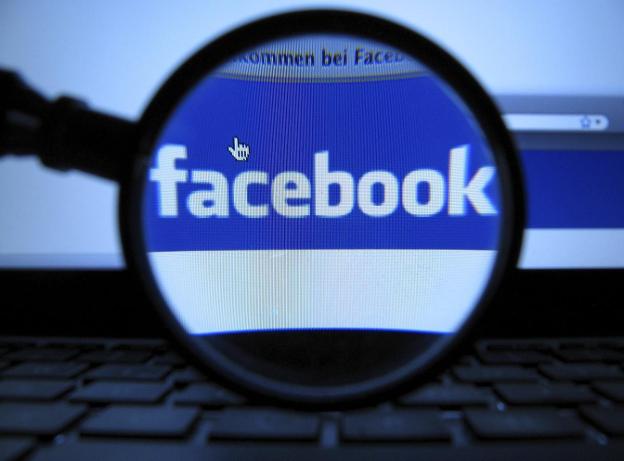 A study from Wolfram Alpha uses big data research methods to analyze Facebook users’ information – and while none of the results are shocking, many illustrate where Facebook information hews close to real-life behavior, and where the social network fails as a representation of society.

But we had to ask Stephen Wolfram, the creator of Wolfram Alpha and the Mathematica software used in Wolfram Alpha’s Facebook analysis, which of his findings he found most significant.

“To me it’s that it seems one can do accurate demographics just using data from Facebook.  We see evidence of this in the agreement with Census data.” Wolfram zeroed in on how much potential the analysis has: “I’m excited about the natural language processing and topic analysis; I think there’s a lot that can be done along those lines.”

The picture to the right shows a collection of anonymous users’ social networks graphed out. As you can see, they come in unique configurations, though there is a correlation between age and the number of different networks you have. Younger people, Wolfram explains, generally have a more limited number of social ties because they have less opportunities to belong to varied groups.

Sometimes, the way things work on Facebook is the same way they work in real life. And it’s not the only the examples mentioned in the article – for instance, Wolfram analyzes the aggregated text in Facebook profiles to see how often different genders use certain keywords. The results conform to traditional gender roles, with men mentioning things like “video games” and “sports” more frequently, and women more likely to talk about fashion and relationships.

Some of the information clearly says more about Facebook users than society at large, however the average age of Facebook users is substantially lower than the average age in the U.S., since more young people use the site. Stacked against the U.S. Census, the age distribution on Facebook is extremely skewed toward younger people, giving a solid example of how you need to take the particulars of Facebook into context when analyzing its data (otherwise analysts would argue that the U.S. population was far more youthful than it actually is).

What’s also interesting is how the ages of your friends vary depending on how old you are. The younger you are, the more homogenous your network s – most of them are in your age range. The older uses are, however, the more across the board the ages of their contacts are. This makes sense: When those of us under 30 joined Facebook, it was targeting college kids, so our networks were more or less our peers. Those who joined after have a larger range of friends, age-wise.

Not every country is as Facebook-obsessed as the U.S.

And looking at the amount of friends users have according to where they are in the world produces similarly skewed results, since people in countries like Russia and China have other primary social networks, so Facebook is less commonly used there. This means it appears that people in countries with other primary social networks appear less sociable, when in reality they’re just doing their digital socializing elsewhere.

Some of the data mostly fits with social trends, but vagaries pop up due to silly idiosyncrasies on Facebook. For instance, the number of people who go from “Single” to “Married” rises as Facebook users age, which fits with the average ages people pair off in real life. But laid out on a map, it seems a disproportionate number of very young users are married – a spike that occurs because tween and teen users think it’s funny to be Facebook married to their friends.

Wolfram Alpha lets any Facebook user input their data, and gives a free Facebook analytics report to anyone who signs up – and they anonymize the information to compare it to others. If you want to contribute, just sign up on their website – but remember that your data will be carefully studied, and even though it’s anonymous, other eyes will scrutinize your preferences and behavior.

And if you want to see how your other social networks measure up, there’s no specific analytical tools through Wolfram Alpha set up to cover Twitter or Instagram, though you can use a more general social media analytics tool if you want. And Wolfram isn’t ruling out making other analytics programs in the future, since he told us “We’re hoping in future to extend our personal analytics system to cover as many social networks as possible.”

Topics
Some blue check Twitter users were unable to edit their names
Mastodon surpasses 1 million monthly active users as Twitter backlash worsens
Twitter to start layoffs on Friday, internal email reveals
Instagram to soon let creators make NFTs and sell them to fans
What is Mastodon? Here’s why everyone’s talking about this Twitter alternative
Elon Musk reveals date for Twitter Blue relaunch
What is Twitter Blue and is it worth it?
Twitter closes offices as ‘work pledge’ deadline passes
What is Ambient Mode on YouTube?
What is BeReal?
How to delete a BeReal post
How to use TikTok’s voice changer
Twitter attempts to sort out verification system with new badges