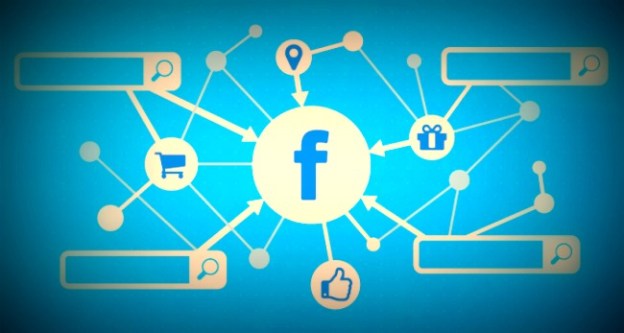 On Tuesday, you probably heard something about Facebook expanding its FBX (which stands for Facebook Exchange) program, its ad-retargeting service. Between all the talk of ad buys and marketing reach, however, it’s difficult to see how this news directly impacts the pure users – not the ones with business pages, not the ones buying ads or promoting posts. Just everybody who has a Facebook profile and posts Grumpy Cat memes and trolls pictures of their crushes and dies a little inside every time a Message thread outs that they read and did not respond to something.

The thing is, the changes Facebook is making to FBX actually will affect that user. So it’s time to do a little reading between the lines to explain what exactly that will mean.

Facebook FBX was launched this past fall, in September 2012. A small handful of partners, which were all ad-targeting or data identity services, were the first to sign up. FBX, put in the simplest terms, is an inventory of ad space that outlets can bid on in real-time, and retarget to their respective audiences.

The advertisers interested in buying ads on Facebook install tracking cookies on your browser, so that they know what you’re surfing online. Then, when you log back onto Facebook, the advertisers target you with the ads they just bought, which are customized to reflect the Web browsing you were just doing. If you want to give yourself an aneurysm, check out this visual of how FBX works.

The concept of how cookies and targeted ads work is fairly well known by now (I’m sorry if I embarrassed us both by reviewing it), but for the sake of being thorough, an example: You’re on Amazon looking to buy Game of Thrones season one, and the advertiser who dropped a cookie on your browser sees this. When you return to Facebook, a Games of Thrones or HBO or Amazon-related ad shows up in your sidebar.

Cookies and ad-targeting are Internet old hat by now – Google’s been doing this for years, warming us up to the idea of being tracked (and motivating us to figure out how not to be) – but the FBX launch was still noteworthy because it had the potential to change advertising. Facebook quickly took control of the Internet advertising market within the last few years; at the launch of FBX, Facebook was home to 25 percent of the Internet’s inventory of display ads. The early consensus was that FBX was an incredibly efficient way for advertisers to find and target their ideal audiences.

Keep calm and opt out

If Facebook’s targeted ads system completely managed to fly under your radar, know that there is an opt-out option. Facebook avoided the AdChoices logo for as long as it could, but it finally teamed up with the Digital Advertising Alliance earlier this year.

Now, when you hover over a targeted ad in your sidebar, you see an “X” pop up in the right hand corner. From there you can choose to hide that particular ad, hide all ads from that brand, or hit “About This Ad.” That pops you out to some literature on how you’re being tracked. If you scroll down, you’ll see an option to opt out.

What the FBX-tension means for you

So you’re thinking, “FBX has been around since September, I know what cookies are, and I’ve seen those sidebar ads … why are we doing this again?” We’re doing this because there are some pretty significant changes that are happening, or about to happen, because of this FBX extension (ahem, FBX-tension!).  The most noticeable of these is that FBX ads aren’t relegated to the sidebar anymore, and are going to start showing up in your News Feed (this is an alpha test for now, but something highly expected to be phased in entirely).

Facebook knows that we spend the majority of our time in the News Feed. That’s why it’s cleaning it up: The new News Feed was announced in early March. Shared and uploaded content will receive bigger thumbnails, and a drop down menu will allow you to filter what time of content you want to fill your News Feed with.

But these changes aren’t just going to be applied to what we post on Facebook. Ads will be getting the same treatment – so it makes sense that as Facebook preps for the new News Feed it also announces that retargeted ads can jump off from their sidebar dungeon and get some prime real estate in the News Feed, where, like everything else, they will be bigger and more noticeable, and there will be more that are based on your Web browsing. (And even if you opt out, there’s the chance you could still see a good many targeted ads if you have Facebook activity similar to people who are being tracked thanks to the new Lookalike Audiences feature Facebook just launched.)

The available knowledge of your outside-Facebook Internet time is improving as well. In February, Facebook announced it was partnering with data brokers Datalogix, Epsilon, Acxiom, and BlueKai so that businesses using its FBX program could get even better data about the custom audiences they want to target.

It’s not surprising that Facebook and the marketers using its ad targeting service want more information on what users are doing – but what’s cause for concern is that Acxiom, Epsilon, and Datalogix are among a handful of companies being invested by the Federal Trade Commission. The federal government wants to know how these companies are collecting our data – both online and offline – and what they are doing with it. There are lots of questions here and, so far, few answers.

But there’s little use in rehashing why we should be wary of Facebook’s relationship with data brokers. Back to how the new FBX rules are going to play out on your computer screen.

The FBX revamp doesn’t mean there will be more ads in your News Feed. They will just be of the targeted variety. Right now, when you see ads in your News Feed, there are Sponsored or Promoted Posts. You’re being prompted to Like a page because someone paid to promote this content. (All users can pay for Promoted Posts now, but if you follow a friend and see a post stick around for awhile longer, it’s different than if a brand you don’t follow in anyway gets its content inserted into your News Feed.)

For the time being, this will only affect Facebook from the desktop. “We are not currently offering Mobile News Feed Page post link ads in FBX,” a Facebook spokesperson tells me. “We currently are focused on building out a solution for desktop, since it’s much more in line with what FBX has been doing effectively in the right hand side. We also find that desktop is the place where more people convert from seeing direct-response ads.”

News Feed, I’ll say a little prayer for you

There are two concerns that you should recognize here: One, that Facebook is working with data brokers the government is investigating, and that these platforms are taking their pursuit of our activities offline in addition to tracing our online habits. And then, that this is going to start playing out in ads not only on the sidebar (an area that eye-tracking systems are showing we’ve learned to ignore) to front and center, in the News Feed.

But maybe that doesn’t bother you. I blame no one who’s grown weary of the social data privacy fear-mongering. Yes, it’s very real, but if your attitude is “I don’t do anything interesting enough on or offline, sure, go ahead, turn that into a targeted ad, see if I care!” then more power to you. In that case, your concern should be that your News Feed is now an ad stream.

It used to be that Facebook was a social network that also had display ads thrown in. Now, it’s an ad network with social content on the side. The priorities have reversed. Our social updates and posts are fodder for the advertisers and this, coupled with targeting ads and tracking, means that those using the FBX system have more than enough information.

And between pay-to-promote posts, Sponsored Posts, Suggested Pages, and now targeted News Feed ads, Facebook is going to have an even finer line to walk to keep us interested. Engagement is down, and the network knows it. Hopefully the News Feed filter will help alleviate this overload.

So, fingers crossed, the upcoming News Feed revamp is able to be something of a compromise between advertisers and users. Because Facebook has more to worry about than the haters or dissension – it’s mounting apathy that’s the real cause for concern.

Topics
What is a Facebook Pixel? Meta’s tracking tool, explained
Meta found over 400 mobile apps ‘designed to steal’ Facebook logins
Facebook’s new controls offer more customization of your Feed
Can’t stand using Instagram in 2022? This app fixes everything you hate about it
Elon Musk reveals date for Twitter Blue relaunch
What is Twitter Blue and is it worth it?
Twitter closes offices as ‘work pledge’ deadline passes
What is Ambient Mode on YouTube?
What is BeReal?
How to delete a BeReal post
How to use TikTok’s voice changer
Twitter attempts to sort out verification system with new badges
Hive Social is my favorite Twitter alternative, but that’s not saying much