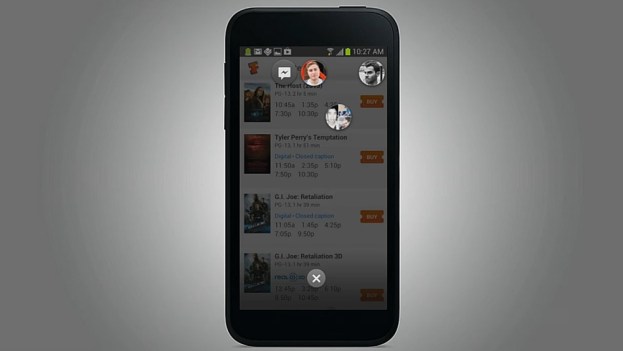 Facebook debuted its Android app family Facebook Home today. This means those of you with compatible devices (sorry Windows Phone and iOS users) have a snazzy new product to try out if you’re looking for a tightly-Facebook integrated mobile experience.

Considering we spend more than 25 percent of our mobile time on Facebook and Instagram, this new product could have a major impact on the way you use your phone. And as with all things Facebook and smartphone-related, this means we have to ask the question: What does this mean for our privacy?

Will launching all your apps from a Facebook Home device mean you’re giving them all that data?

Facebook’s reputation for questionable privacy control doesn’t stem from frequent hacks or security issues – most of the privacy issues center around user data. As you can tell with the targeted ads on the site, Facebook is paying close attention to your user information. You shouldn’t really consider anything you do on Facebook private, so the idea of eschewing stuff like SMS and voice calls in favor of Facebook as your primary platform for communication is troubling if you want those things off the Facebook record.

The Facebook Home platform features an app launcher that lets you access all of the other programs on your phone. Digital Trends reached out to Facebook spokesman Frederic Wolens to see whether Facebook will collect extra data from users related to this new feature. “While we will be logging some data associated with the app launcher, we are using it for internal diagnostics only, and we will only be collecting this information from a small randomized rolling subset of users,” he says.

Wolens stressed that Facebook did not need to get an extra go-ahead from app providers to do this: “There’s no permissions involved as this acts merely as an app launcher similar to other products (e.g.TouchWiz) that have been available for some time.”

Wolens explains that the information collected will be used for – as per usual – enhancing the user experience. “The information collected helps optimize the user experience, and the data that we receive through Facebook Home is covered by Facebook’s Data Use Policy, which users can view before they activate Facebook Home.” In other words, yes, more data is being collected, but under the same Data Use Policy as before.

Your chatting is definitely on the record

One of the prominent new features is Chat Heads, which gives you a smooth messaging experience by cobbling together Facebook messages and SMS. We don’t know yet if people without Facebook accounts (those beautiful, stubborn weirdos!) will show up as a Chat Head when they text your phone, but if you’re talking with one of the billion plus people with an account, your SMS will get Facebook-ified.

And the policy surrounding messages may apply to phone calls.

Facebook has been inching into VoIP calling for a while, and it already offers calls from chat, though this hasn’t taken off in the same way as Skype or FaceTime. But Facebook Home will bring these calls front and center. The perks are there: You don’t have to look up anybody’s contact info – you already have it – and you don’t have to pay international rates to call your friend in Seoul or your brother in Gotenburg.

But it’s unlikely Facebook will take a more laissez-faire approach to collecting your voice info than it does your written messages. As the Electronic Privacy Information Center (EPIC) Consumer Protection Counsel David Jacobs explains, “My initial thoughts are that an increased mobile presence by Facebook means increased monetization of individuals’ personal information.” And that could mean information conveyed on calls; Skype recently found itself in hot water over its “monitoring” policies.

Electronic Frontier Foundation (EFF) activist Parker Higgins, however, did make a distinction on how Facebook could use your call info. “Most likely they won’t have voice data from actual calls, but they will get information about who you’re calling, how often, and how long you’re speaking to them. That’s a lot of information, and combined with the rest of your Facebook communications, [it] could paint a very clear picture of your private life.” So it’s not likely Facebook will be listening-in to your conversations, but it will know a lot about those calls.

Facebook Home will update every month, so you will never feel frustrated about having an outdated version. If you nearly lost your marbles when your Android didn’t get a prompt Jelly Bean update, that probably sounds like an awesome change. But you have to wonder if the frequent updates give Facebook a window to introduce new privacy changes under the radar – after all, if something on your phone gets a new version every month, you’re not as likely to closely look at the details as you would an annual update.

Jacobs notes that Facebook cannot sneak around a 2012 order put in place by the FTC: ” Under the terms of the order, Facebook cannot make any material change to its privacy settings without notifying and obtaining the consent of its users, so that limits the range of privacy changes somewhat.”

But how much is “somewhat”? It’s not clear yet. But we’d err on the side of caution when you click “update.” As EFF’s Higgins says, “Facebook has demonstrated in the past a willingness to change the default settings in ways that users don’t expect. The real trouble is that most app stores and installation processes are set up only to really notify you when apps change which permissions they request – so apps like Facebook can request a whole bunch of permissions up front only to use them differently in later updates.”

So there you have it. Facebook Home will give Facebook more opportunities to collect information about you than ever before, and you might want to avoid it if you have certain SMS messages you’re keen on keeping private. But there’s nothing newly nefarious at play – it’s the same Facebook racket in new (very pretty) packaging. If you decide to use Facebook Home, remember that the company is integrating ads more seamlessly into its content, so your home screen won’t just flash updates from your college bud Chaz – it’ll also show you the marketing content that shows up in your News Feed. Nothing is sacred, not even your homescreen.

Question: “We may see ads in cover feed?” Zuckerberg: “Yup!”Sign me up!

You can finally watch TikTok videos on Vizio smart TVs. Here’s how to do it

Call of Duty: Warzone’s new map is a breath of fresh air, but these 5 things would make it better

How astronauts on the ISS are growing crops without soil