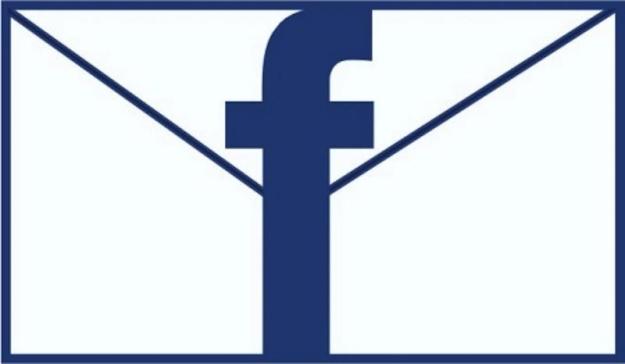 Way back in 2010, Facebook was getting ready to release what the industry had decided to call (and in the official announcement, Zuckerberg denied) a Gmail killer. The product, of course, was Facebook Messages, which really was just a system collecting all of our communication on the site. Conversation history with another Facebook user became one thread instead of various bits and pieces scattered across the site.

This was the first time Facebook told us all about the @facebook.com email addresses we’d all be getting. It’s also when Zuckerberg stressed how long term of a project Messages was, saying “This is the way that the future should work… maybe [in the future] email isn’t as important as it was before.”

So this week when Facebook reintroduced us to @facebook.com and slyly slid in the new default address (although some of us, including me, got a banner warning when we logged in over the weekend), it wasn’t just a new way to drive traffic. It’s part of Facebook’s long standing plan to evolve and disrupt the last era of digital communication. And drive traffic… but that first thing, too.

Until now, that message unification idea hadn’t actually been fully implemented. For example, in the course of one day last week I talked to my sister on Facebook chat, sent her a Message, texted her, and emailed her (excessive? Probably). The Facebook chat and Messages content showed up in my ongoing thread of Facebook-created communication with her, but seeing as neither she nor I had @facebook.com emails at that point, what we sent from our outside email clients was not looped into the conversation. Nor were our text messages, the final piece of the puzzle and one I’m not certain has been integrated into this “one thread” approach just yet.

Another indication Facebook’s trying to drive the masses away from email and into Messages’ open arms is the update to its Messenger App. Version 1.8 is a slicker, faster, better go at mobile messaging that makes chatting with online friends easier, larger photo viewing, the ability to delete messages, and the option to add friends of friends to a chat.

The inherent problem here is that we’re not even remotely close to ready to get rid of third party email. Yes, email is broken and outdated, but it’s still what the masses want. Gmail continues to grow at remarkable rates, and next-gen approaches to the inbox are niche, momentary applications that fail to grab a large user base.

The other problem is that Facebook looked shady doing this. With all of the changes Facebook has gone through in the past two years, you can hardly expect the average user to remember a 2010 press conference. That average user also doesn’t keep tabs on the Facebook newsroom, where in April it announced it was done implementing the email address update and that the rollout was on its way.

Facebook, you’ve got to hand feed us these changes – all of us. I was notified but others were not. For some reason, most users didn’t receive any notification, which seems counter-intuitive and weird.  I’ve asked Facebook about it (no word yet, I’ll update when I hear back).

Whatever the actuality of the situation, Facebook looked like it was nonchalantly ushering us into its Messages meets email application and cutting out the email clients we use on a daily basis. Your Messages inbox on Facebook recently spiked? Well you don’t say! Oh yes, well that could be because Facebook started listing your default contact email as you@facebook.com but anyway…

And that’s all we need to start the Facebook fury, which is too bad, because there are some good things about the next phase of this feature. It’s certainly not going to replace email, but after some testing with friends over Gmail, Facebook chat, Messenger, and Messages, there is value to the one thread approach. The scattered gaggle of communication I had with my sister last week would have all been in one nicely contained thread on Facebook, which for our very unprofessional purposes, would have served just fine. I could have attached whatever files or links I wanted; all I need in most cases and especially for casual conversations. And if I need to mass email a group and don’t have a handful of emails, I know I can loop them into the message with their @facebook address. Jury’s still out on whether SMS has been added to all this yet, although if you’re using Messenger then it’s a moot point.

Facebook isn’t ready to replace email in it’s entirety — the filters aren’t good enough. That whole “Other” inbox is one of my greatest grievances with the network, and we could very well be looking at a spammer’s dream with all of this. Email clients have invested in refining predictive labeling technology and junk mail detection, and these are things Facebook just can’t offer. But the ubiquity of Facebook and the convenience of the one-thread approach are compelling features — that said, I’d still go ahead and add your regular email address to your profile.