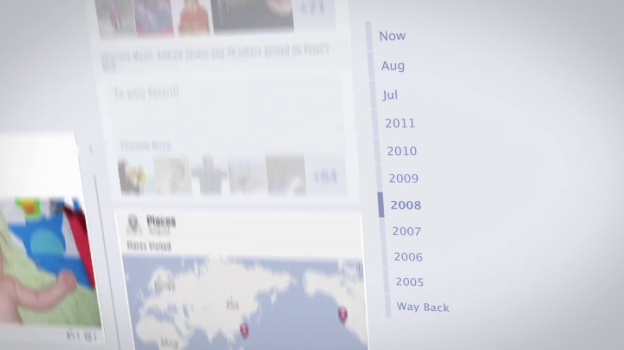 Facebook announced the next evolution of the profile way back in September and made it explicitly clear at the time that the Timeline will replace the profile page as we know it. And while many curious users out there have already sunk their teeth into the new feature, it has yet to officially launch.

There have been a few hurdles, including legal snags, fear of user backlash, and the pursuit of perfection. Facebook has given the impression that it knew how long the implementation would take, but that’s probably not the case. “We’re going to roll [Timeline] out widely over the next few weeks as we polish all the edges,” CEO Mark Zuckerberg said way back at f8 on September 22. Whatever the holdup, it appears the time is upon us, starting December 15.

A few sources are pointing toward this date. “I’m hearing that Open Graph expands on December 15,” says Silicon Valley insider Robert Scoble. “Which probably means that the other features Facebook showed off at f8 will ship then too (like Timeline and Ticker).”

Supporting this prediction is Facebook itself. The site is telling Facebook Page administrators that the “View Old Insights” tool will be phased out on same day. New metrics for measuring a page’s reach have been released and will start taking effect shortly as the old system is given the boot. If you run a Facebook Page, we’d advise taking a glance at the new Page Insights guide.

While there are indications December 15 could be the day, we’re more than certain the launch will be incremental—at best. Don’t expect your News Feed to be littered with the new “verb” apps or for “frictionless sharing” to suddenly take over your account. But it does seem to be yet another step in this direction.

TikTok bans influencers from creating paid political ads
You can now use the Add Yours sticker on Reels for Facebook and Instagram
Twitter’s latest features are all about curbing election misinformation
What does a check mark mean on Facebook Messenger?
Twitter profiles for businesses just got way more useful
How to post on Reddit: everything you need to know
This Twitter vulnerability may have revealed owners of burner accounts
A new Snapchat feature lets parents see who their teens chat with
Yes, Twitter is down right now, and we don’t know when it’ll be back
WhatsApp adds new privacy features that everyone should start using
Snapchat is down right now. Here’s what we know
The more Instagram copies TikTok, the more I hate using it
Elon Musk hints that he could start his own social media platform