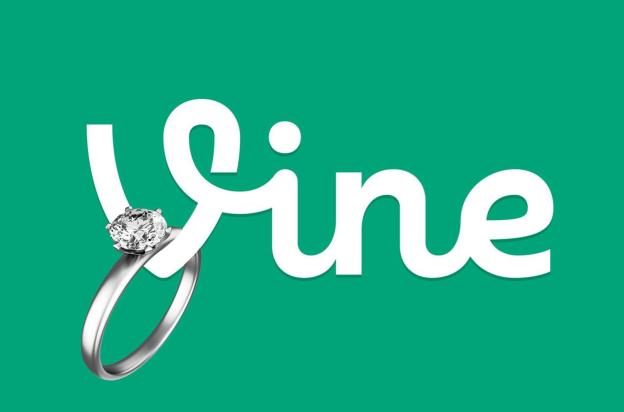 Apparently, the Internet has witnessed yet another first: The first Vine proposal.

It took everything in my being to type that out without cutting my fingers off one by one.

Yes, it’s true, L.A. business consultant Curt Buthman (ugh, of course he’s from L.A.) made “social media history” when he proposed to his girlfriend Marsha Collier via Vine. Here’s the romance in all its glory:

Don’t worry, she said yes. I know, I know, I too got caught up in the Internet of it all and forgot there was even an answer to be had!

Um, uh, YES @curtbuthman – I will MARRY YOU! #custserv

Alright so let’s break down everything that’s wrong with this, because if we don’t parcel it out I’m just going to start have some sort of aneurysm. First of all, it’s not just a Vine engagement – it’s the entire idea of using social media to propose. I get it: Some people want to make the big, huge gesture: The fireworks, the jumbo-tron, the hot air balloon, the Eiffel Tower.

(Fun sidenote! I once ruined a proposal on the Eiffel Tower by make a “gross” face in some lovely couple’s photo of the blessed moment. Sorrynotsorry, weirdos.)

Those are all big, bold gestures – you’re basically involving everyone within 100 yards to bear witness to your love. But using an app to do it? C’mon now. Do you need that much attention?

Seriously, this Instagram proposal makes me feel bad for this guy’s followers. They were spammed with horribly boring photos of the shopping spree-meets-scavenger hunt he sent his girlfriend on. Seriously, it’s like more than a dozen photos. He’s not the only one: Do you know how popular the #proposal and #willyoumarryme hashtags are on Instagram? Well now you do. This simple Statigram search led me to discover that there is something called #willyoumarrymewednesday on Instagram. Sometimes I don’t want to be part of this world.

As for Twitter, that’s how these two got engaged … so I think that’s probably enough said on that.

So yeah, attention whores, just keep the rest of us out of it. There are probably only 10 or 20 people following you via different social networks who care even a little bit.

Second, if you’re the type of person looking to score a “World’s first Vine proposal!” headline, well, I’m going to keep the very mean things I’m thinking about your future marriage to myself. No one should care about Vine or Instagram or Twitter or Facebook that much. “Yeah but it got me on Mashable!” is not a reason.

Last, how impersonal can you get? Look, I love the Internet a lot, and like many of you reading this, I definitely hate interacting with people a lot of the time. I’m all for self-checkout at grocery stores, paying my parking tickets online, and Amazon changed my life. But that’s because it keeps me from having to engage with strangers. I’m cool with talking to my friends and family in person, IRL – nay! I even like it! Unless physical distance is a fact and you simply cannot stand the wait (oh, you’re so in love, no one has ever loved like you two! You basically invented the stuff!), why wouldn’t you want to do it in person?

I’m all for interacting digitally when it comes to just about everything – but seriously, getting married? Now that is just some crazy nonsense. I feel like in 100 years, our alien overlords are going to see this shit and just shake their heads.

In summary, put down the app, absolutely do not snap a selfie, log off Facebook, and man (or woman, no judgement) up. And then go to town posting all the evidence – I’m not a monster, I know you can’t help yourselves.

Apparently, Jack Dorsey regrets killing Vine. We miss it too

What happened to Vine?