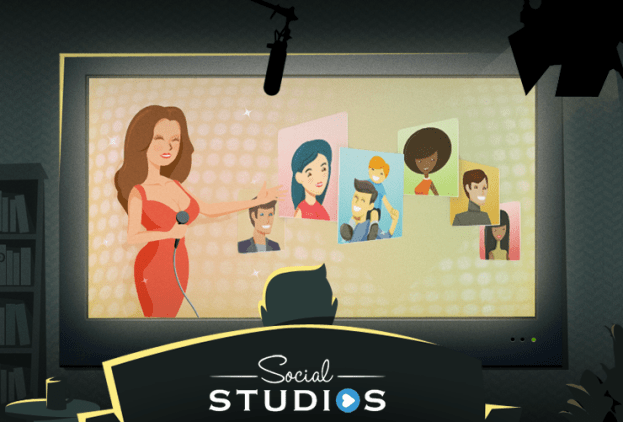 Social media has made it feel like we are all the stars of our own reality television shows – for better or worse (it’s probably just for worse). Plenty of outside apps are capitalizing on this trend, including Your Show, a clever app that plucks out the most important content from our Facebook News Feeds in a way that we haven’t seen before. Among the many outside products trying to leverage the constant stream of Facebook updates, Your Show is by far one of the more unique ways to curate the News Feed; instead of simply looking at all this information in a redesigned package, Your Show takes it and turns it into an Entertainment Tonight style broadcast.

Your Show, which is being launched by Social Studios, is something of a Facebook first. An iPad app is on the way, but CEO Anat Amibar really wants Your Show to shine on TV screens. As smart TVs continue to invade the market, viewing Facebook on this format is happening – and using a traditional format, a TV show, could become the new way we digest our News Feeds.

If you visit Your Show’s Facebook app, you’ll be asked to sign in with Facebook Connect. All that’s required of you then is to sit back relax and watch actress and Your Show host Noa Tishby (The Island) show you the top content shared by a few of your friends. The excerpt lasts between 10 and 15 minutes.

The show isn’t going to feed you dozens of results that you can pick or choose from, which is what you are able to do with most social curators. This is probably where Your Show is still a bit behind – you don’t have much choice what you watch. The variety is limited; you’ll see the “Top 3 Hottest Videos,” presented with the top three shared videos among my friends. That’s followed by “Top 5 Statuses,” and then “Friends’ Moments,” which finds and shows you the most popular photos of the day.

Despite the meager options, Social Studios says it’s trying to pinpoint and show the things that should matter to you. Social Studios prides itself on the algorithm powering the online TV show, and what you see is figured to be the most important content to you and you alone. Your Show works by looking at a few different signals to personalize your show. Likes, comments, shares are the major signals. Others include the people who shared the content and their relationship to you. The closer that person is to you, the higher the chance that what they’re sharing will surface in your show, Amibar says. For example, if your mother is sharing content but has few Facebook friends and no likes, that doesn’t mean what she’s sharing won’t surface – her being your mother will bump up her content.

Your Show is, really, a pretty half-hearted attempt at turning your Facebook account into a nightly show, but the effort won’t go unnoticed. We are going to consume Facebook across all platforms, and this combined with our increasing narcissism means that a TV digest could actually work. And when you think about it, that’s all very, very strange.

You can check out an example of Your Show in the video below before you try it out yourself:

Why Instagram’s pivot to video is making everyone so mad