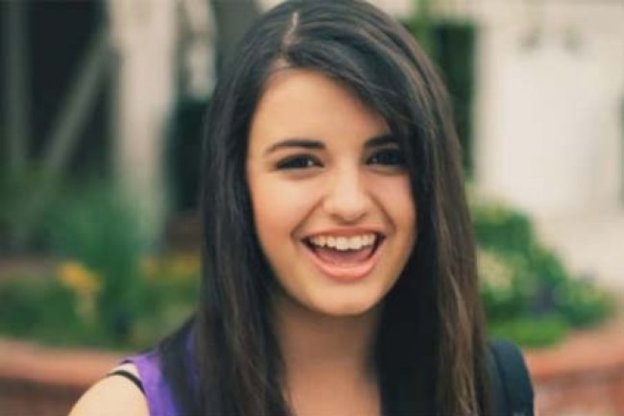 If you haven’t seen Rebecca Black’s video Friday then you might be in the minority of internet users. Her official YouTube video received 167 million views, and she became an instant star. The popularity of the song was mostly fueled by people making fun of the song, and countless parody videos. Due to constant bullying at school, mostly due to the song’s popularity, Black decided to leave her public school and start home schooling.

In the ABC video below you will see Black act very mature about the whole situation, especially when you remember that she is only 14 years old. The original video cost Black’s mom $4,000 to produce and tape, and 167 million views later she says it was the best $4,000 she has ever spent.  Studies show that 71 percent of adults watch videos online, so that means that a healthy chunk of those views came from adults, which most likely not Black’s target audience.

Black is receiving all kinds of support from pop-culture icons Katy Perry and Lady Gaga, Perry even featured Black in her latest music video. Black has also used her popularity to create a second music video which already has over 22 million views. Officially the new song does sound better than her first one, so there is some improvement there.

Ultimately Black is getting the last laugh. She might have been getting bullied at school or made fun of online but she is making money off her song. It is available on iTunes, and Black says that the money keeps coming in every day. Black says she has made enough money off of Friday to pay for four years of college, so that $4,000 investment looks to be paying off.

Topics
YouTube to overhaul channel names with @ handles for all
Here’s how to delete your YouTube account in just a few easy steps
Searches for health topics on YouTube now highlights personal stories
This beloved TikTok feature is coming to YouTube Shorts
What is Mastodon? Here’s why everyone’s talking about this Twitter alternative
Elon Musk reveals date for Twitter Blue relaunch
What is Twitter Blue and is it worth it?
Twitter closes offices as ‘work pledge’ deadline passes
What is Ambient Mode on YouTube?
What is BeReal?
How to delete a BeReal post
How to use TikTok’s voice changer
Twitter attempts to sort out verification system with new badges