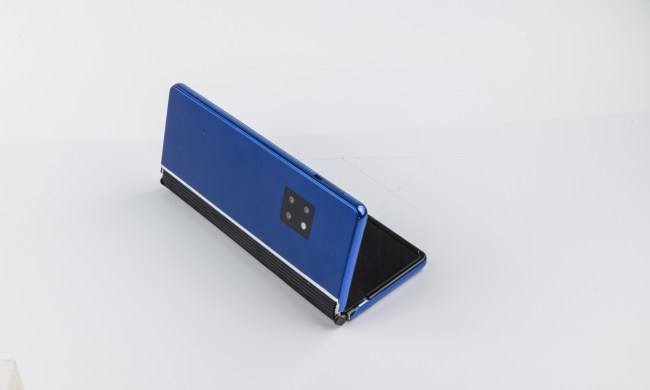 TCL has been teasing its foldable phones for a while, but now it's about time to bring one to market.
Mobile
Andy Zahn

The most exciting 5G technology to come out of MWC 2022

Flaxseed and water bottles? Lenovo’s design experiments try it all

All the best new smartphones from MWC 2022

Honor has revealed its flagship phones for 2022, the Magic4 Pro and Magic4. Shown at MWC 2022, the two phones have the latest chip and high-end cameras.
Mobile News
Andy Boxall
March 1, 2022

Sikur One, a go-to Android phone for the privacy conscious

Sikur One, a go-to Android phone for the privacy conscious

The Sikur One might just be the most secure Android smartphone you can buy today. But should you?
Mobile News
Rahul Srinivas
March 1, 2022

The Poco X4 Pro has a 108-megapixel camera and a striking design, but the specifications are otherwise identical to a different phone.
Mobile News
Andy Boxall
February 28, 2022

Realme has announced its 150W UltraDart Charge technology at MWC 2022. It's set to arrive on a phone soon, and will charge to 50% in just five minutes.
Mobile News
Andy Boxall
February 28, 2022

New Lenovo IdeaPads look like the Chromebooks to beat

New Lenovo IdeaPads look like the Chromebooks to beat

Lenovo has announced updates to various ThinkPad laptops, including its most powerful, the X1 Extreme.
Computing News
Luke Larsen
February 28, 2022

The Lenovo M10 Plus is a big tablet that features plenty of battery life and compatibility with the Lenovo Precision Pen 2.
Mobile News
Andy Zahn
February 28, 2022

With always-on, always-connected performance, a fantastic sustainable design the ThinkPad X13s might have what it takes to take down Apple's M1 MacBooks.
Computing Reviews
Arif Bacchus
February 28, 2022

Samsung is refreshing the Galaxy Book lineup with the Galaxy Book 2 Pro 360, and the return of OLED screens makes it one beautiful convertible.
Computing Reviews
Arif Bacchus
February 27, 2022

TCL’s trio of new tablets up the ante for NXTPaper

TCL’s trio of new tablets up the ante for NXTPaper

Huawei is at MWC 2022 with a selection of new computers, including the wedge-shaped MateBook X Pro laptop and MatePad E 2-in-1 tablet hybrid.
Computing News
Andy Boxall
February 27, 2022

Leaks of the Galaxy Book Pro 2 360 reveal what Samsung might have in store for its MWC event.
Computing News
Fionna Agomuoh
February 21, 2022

Samsung’s MWC event to focus on work and education devices

Samsung’s MWC event to focus on work and education devices

Samsung has announced its Galaxy MWC event, which will take place online on February 27.
Computing News
Fionna Agomuoh
February 16, 2022
1234567
Next