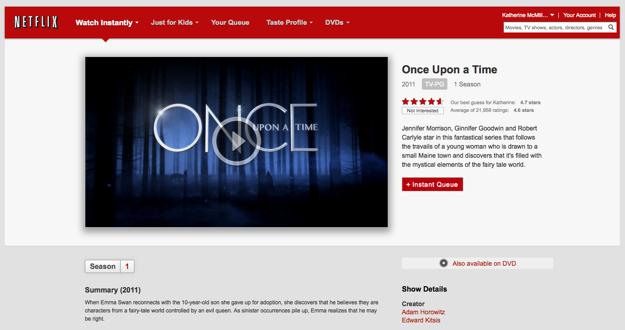 For television networks, studios and creators, it’s the most important time of the year again: The start of the new fall season. For the next two months, your attention will become the prize in a contest between networks fought over different timeslots, genres and audience demographics (Is The Last Resort – ABC’s new show about the crew of a nuclear submarine that disobeys orders only to find themselves disowned by the government and at the center of a giant political conspiracy – too male? Well, perhaps the CW’s The Vampire Diaries, which generally skews female, can benefit from that, and so on). But with so many new shows debuting this year – Amongst them, Arrow, Revolution, 666 Park Avenue, The Mindy Project, The New Normal, Nashville and the latest Sherlock Holmes show, Elementary – on top of the return of reigning ratings champions like The Big Bang Theory, 2 Broke Girls or The X-Factor, how are relatively new, but notall-new shows coming back for their second year supposed to win any new viewers?

The answer, apparently, may be Netflix.

ABC has added three shows to Netflix’s Watch Instantly service, all of them series that made their debut last fall to enough critical and fan buzz that the network is hoping to grow the audience online. The first seasons of Once Upon A Time, Revenge and Scandal are being made available three months after their final episodes aired in what is the fastest turnaround time from broadcast to Netflix streaming for any show from the network.

Announcing the addition of the series, Netflix’s Chief Content Officer Ted Sarandos said that his company was “thrilled that Netflix will become the exclusive subscription destination for the first seasons of these successful ABC shows.” He continued, “We know our members like to immerse themselves in their favorite shows and Scandal, Revenge and Once Upon a Time are the kind of smart, serialized dramas that Netflix members love.” That is definitely true; it’s telling, perhaps, that ABC is making these three series available to newcomers ahead of the second season premieres over the next month or so, as each of the series is heavily reliant on audiences having at least a vague acquaintance with the backstory of characters and relationships in order for the stories to “work.”

(It’s also noting that both Revenge and Once Upon A Time benefited from a lot of Internet chatter during their initial runs, suggesting that both have a particular appeal to tech-savvy viewers. Whether or not that’ll translate into increased ratings for the shows when they return remains to be seen, of course.)

ABC has enjoyed a good relationship with Netflix, with such well-known series as Lost and Grey’s Anatomy being available on Watch Instantly for some time.

Netflix to double exclusive original series in 2014
Comcast takes aim at Netflix, Hulu Plus with new Streampix VOD service
Arrested Development to stream exclusively on Netflix in 2013
Netflix cuts deal for Supernatural and other CW shows
How to save a webpage as a PDF
How to download music from YouTube
How to find archived emails in Gmail and return them to your inbox
How to sync your Outlook Calendar with your Google Calendar
How to block an email address in Gmail
How to easily log in to multiple Gmail accounts at once
How to change your Yahoo password
How to download Vimeo videos to your PC and phone
Kaspersky VPN should be your go-to for secure connections and privacy