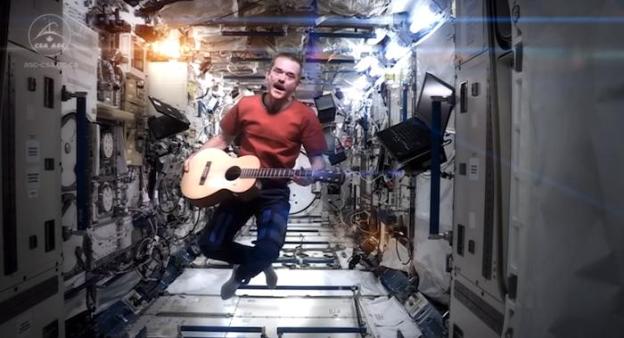 The man who inspired and entertained millions of earthlings with his various ISS-based shenanigans has announced his retirement from the Canadian Space Agency.

Canadian Chris Hadfield, who made quite a name for himself during his five months on the International Space Station, broke the news at a press conference in his homeland earlier this week.

“I’ve decided to retire from government service after 35 years of serving our country,” 53-year-old Hadfield told reporters, adding that he’ll officially step down in July.

Not your usual astronaut

Hadfield, who returned from his most recent mission last month, became something of an Internet celebrity during his time in space, gathering more than a million followers on his Twitter feed which comprised stunning images of Earth and musings about life aboard the ISS.

Besides running a popular Tumblr blog, Hadfield also took to Reddit while on board the ISS to communicate directly with fans. The Ask Me Anything session turned out to be one of the site’s most popular ever.

Hadfield also engaged with space fans by posting videos explaining, for example, why you can’t cry in space and why it’s hard to smell things in space.

February was a busy month – he took part in the first ever Google+ Hangout between Earth and the ISS, posted a variety of space-based audio clips on social sound-sharing site SoundCloud, and, together with Barenaked Ladies vocalist Ed Robertson, performed and recorded the first ever duet from space and Earth.

However, it was his cover (below) of the Bowie classic Space Oddity last month which got the most attention. Not surprisingly, the accompanying video – shot in space and featuring a floating guitar as well as a floating Hadfield – went viral, picking up millions of views within days of being posted on YouTube.

As for the immediate future, Hadfield hopes to work with students, hoping to inspire the next generation of scientists of and engineers. Or rock stars.