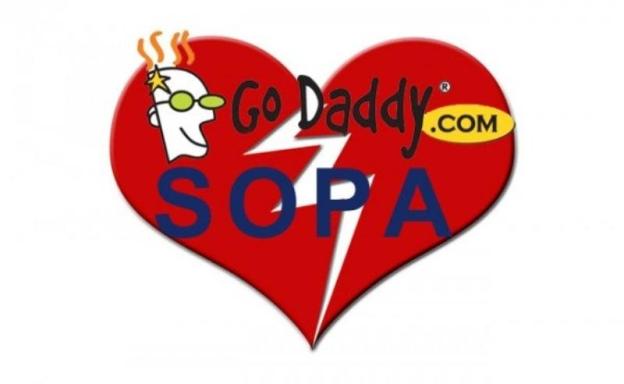 The GoDaddy vs. The Web saga has come to a head. After a Reddit boycott went viral and the domain registration site earned the ire of the Internet, GoDaddy has officially switched its stance, claiming it opposes SOPA.

Originally, the hosting and domain name service endorsed the new Internet regulations in the interest of fighting Web piracy. Unfortunately the Website’s users didn’t share the sentiment. Their content would suffer at the hands of this legislation, which takes generous liberties redefining pirated material.

To put out this original fire, GoDaddy changed its position on SOPA, claiming that it had no position on the bill. Apparently, that wasn’t good enough and thousands of users took their business elsewhere. Now in an effort to truly extinguish the mounting bad press, the company says it has joined the hoard of other Web-based companies (including the likes of Facebook, Tumblr, and Wikipedia) as anti-SOPA.

“GoDaddy opposes SOPA because the legislation has not fulfilled its basic requirement to build a consensus among stake-holders in the technology and Internet communities,” CEO Warren Adelman said in a statement yesterday. “Our company regrets the loss of any of our customers who remain our highest priority, and we hope to repair those relationships and win back their business over time.” You’ll even be greeted by the message below when you try to move your domains.

GoDaddy admitted to a spike in domain transfers, which piled up over the course of the week. Will this mea culpa be enough to slow down the mutiny? The general consensus surrounding the boycott was that this was the straw that broke the camel’s back, and that users were anything but devoted prior to the site’s pro-SOPA stance.

The episode is reminiscent of Netflix, with the exception that Netflix has been a generally well-regarded company. GoDaddy, on the other hand, is linked to sleazy ads and elephant hunting. And competitor services quickly jumped at this opportunity, offering discounts in honor of “Dump GoDaddy Day” as well as donations to the Electronic Frontier Foundation for transferred accounts.

While the Internet never forgets, GoDaddy is likely to recover. Like we said, it’s not as if the company has been a saint all along, and there are plenty of users who only care about affordability. Still, it’s reputation has taken another beating, and GoDaddy has been thoroughly warned that it can’t act against its account holders’ interests.

Kaspersky VPN should be your go-to for secure connections and privacy
Will Google ever lose its throne as king of search? Here are its main contenders
The best alternatives to Google Search
Your digital fingerprint is tracked everywhere online. Brave wants to change that
How to download music from YouTube
How to find archived emails in Gmail and return them to your inbox
How to sync your Outlook Calendar with your Google Calendar
How to block an email address in Gmail
How to easily log in to multiple Gmail accounts at once
How to change your Yahoo password
How to download Vimeo videos to your PC and phone
Here are two awesome Santa trackers that kids can use today
Install these Chrome extensions on your relative’s new laptop