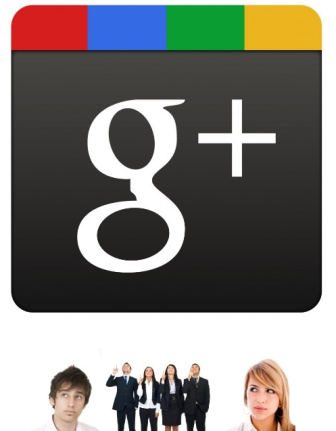 Google+ is great–but it’s apparently not for everyone. While Google might be universal, its social networking site has clearly evaded some users. And though certain demographics have been left out in the cold unintentionally, others have been ignored by design. What’s mildly troubling is the fact the Google+ is busy taking suggestions and criticisms for Google+…via Google+. Which means that the very people being left out are largely unable or disinclined to add their voice to this conversation. Here’s who Google+ should need and want on board–and why.

Last week we heard that women made up a measly 11-percent of Google+. While that number was debated and then updated to a whopping 18-percent, it’s still blindingly obvious that men have taken to Google+ at a pace outranking the fairer sex.

We’ve already argued that the site has created a more professional, insight-oriented atmosphere than its social counterparts. If we’re correct, then this could mean that women tend to stray from business-type social networks. But honestly, that conclusion is a little too easy and way too cliché.

We’re more apt to attribute the gender gap to the fact that men tend to be early adopters of new technology, and Google+ falls inside this realm. Or how about the fact that the majority of Gmail users are men? It’s safe to say that Gmail loyalists were likely to jump on the Google+ train faster than the average Internet user. The ladies are on their way–just give it time. And Google undoubtedly wants them, given the fact that women are traditionally more invested in their social networking accounts.

Teenagers might be a different story, however. While Google+ is definitely not trying to keep women out of its social network (and considering which users are most active on Facebook, that would be just plain stupid), we do think it might want the 18 and under crowd to steer clear. In order to create a Google Profile, you have to be at least 18-years-old: “You may not use the Services and may not accept the Terms if (a) you are not of legal age to form a binding contract with Google, or (b) you are a person barred from receiving the Services under the laws of the United States or other countries including the country in which you are resident or from which you use the Services.”

A couple things: Barring teenagers goes right along with the more mature aura Google+ has cultivated compared to Facebook and Twitter (so far). It also could keep Google out of some of the trouble Facebook’s found itself in with minors. A recent Consumer Reports survey found that 7.5 million Facebook users are under the minimum age requirement of 13. This sparked outrage over the possibility that children were being potentially exposed to online bullying, or far worse situations via the site. It also meant that the under-aged users could be exposing the family computer to malware spread through Facebook applications.

For Google+, no kids means it avoids these issues altogether. It also means it won’t be able to post the same user numbers Facebook does, though. And given teens’ incredibly Internet-focused lives and how very dear their eyes are to advertisers, it might be sacrificing quite a bit.

The moment Google+ hit, businesses were ready to get their pages up and running. Of course, Google had other ideas and quickly banished them from the site. But given the reaction, Google+ now seems to be doing everything it can to get business pages up and running as quickly as possible.

There’s been some negative backlash to the fact that Google+ didn’t have its business page act together from the get go, and we’re a little baffled as to why it didn’t. Given its investment in Places, HotPot, and Google Offers, a natural progression seems to be integrating retailers into its big, long-planned social site.

“We prioritized making a great experience for people first. None of our internal models showed this level of growth. We were caught flat-footed. This growth is very enticing for people/brands who crave an audience. We are doing all we can to accelerate the work to properly handle this case. Please give us just a little more time,” senior VP of engineering Vic Gundotra says.

Still, it’s going to be a matter of months before business pages are up and running, which means that retailers using Facebook for promotion will definitely not be making the switch yet.