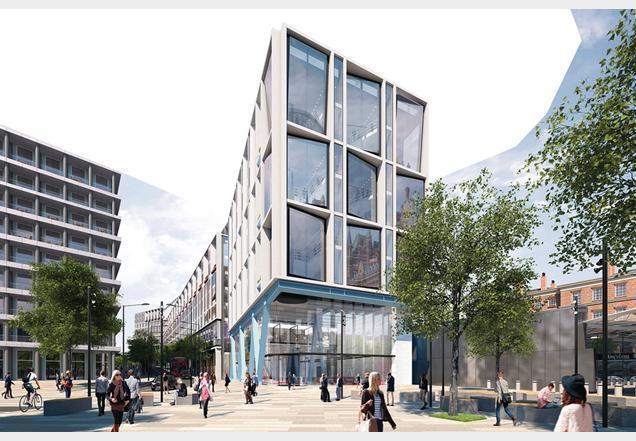 In a deal worth around £1 billion ($1.6 billion), the land will be used for the construction of an 11-story building to head up the Web giant’s UK operations.

The site, which was cleared as part of a regeneration project in the area, is already home to the Guardian newspaper and Central St. Martins Art College.

“This is a big investment by Google,” Matt Brittin, Google vice-president for northern and central Europe, said. “We’re committing further to the UK – where computing and the web were invented. It’s good news for Google, for London and for the UK.”

Google currently has two offices in London, one in Victoria and the other in Holborn. Staff at these locations will transfer to King’s Cross some time in 2015, when the new building is expected to be completed.

The company also has a presence in the east of the capital in what’s known as Tech City, a burgeoning media and technology hub housing companies such as Facebook, Intel and Cisco. Google’s seven-story campus provides facilities for entrepreneurs with ideas for new start-ups, and encourages collaboration between individuals and groups on new project ideas. Weekly mentoring programs and special networking events are laid on by Google, too.

With the Mountain View company well known for its unique office designs, it’s going to be fun to discover what its designers have in store for the new King’s Cross location, especially as they’ll be starting from scratch as opposed to moving into an existing building.

Google’s UK operations hit the headlines recently when it was accused – along with Amazon and Starbucks – of diverting profits from their UK operations in order to avoid paying taxes in the country.

Will Google ever lose its throne as king of search? Here are its main contenders

Google will pay publishers in bid to compete with Apple News

The Lenovo Legion gaming PC is 24% off today