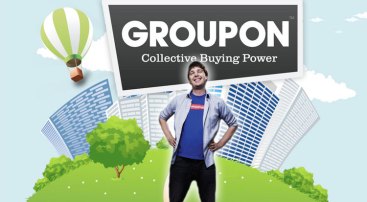 It was on. Then it was off. Now it appears to be back on again. We’re talking about the Groupon IPO.

The New York Times reported late Wednesday that, according to “people briefed on the matter,” the daily deal giant is planning to go public late October or early November.

Just last week, Groupon announced it was postponing its IPO plans because of unstable stock market conditions. There was also an issue with the Securities and Exchange Commission over an email Groupon chief executive Andrew Mason sent to employees that appeared to violate rules regarding a “quiet period” in the run up to an IPO. According to the NYT source, that problem has been resolved, meaning that the Chicago-based company could begin its roadshow to attract investors as early as the middle of next month.

Groupon must also feel the stock market is settled enough for it to move forward with its IPO, though who knows what might happen in the markets tomorrow, let alone next month.

It’s also possible that the company feels sufficiently buoyed by the news on Monday that it had increased its share of the daily deal market by 2 percent during the month of August, and enjoyed a revenue jump of 13 percent. Its closest rival, LivingSocial, saw a 3 percent dip in revenue for the same period.

Groupon isn’t the only Internet company around which IPO speculation is currently swirling. The NYT reported that Facebook is still fixed on going public in the first six months of next year, despite a Financial Times article that suggested it could be pushed to late 2012.

Back off, photo thieves: Flickr alerts photographers to image theft with Pixsy