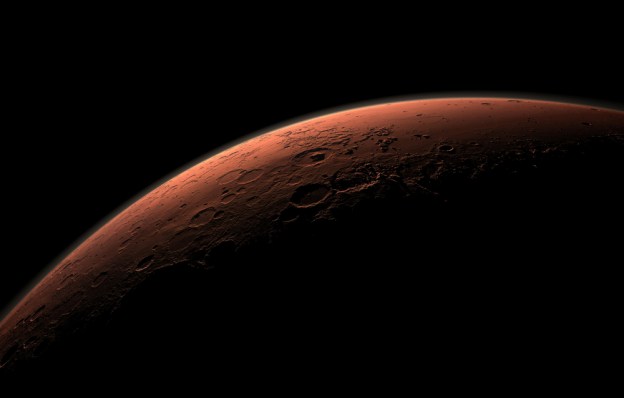 He was the first space tourist to stay on board the International Space Station (in 2001) and now he’s planning to send two astronauts on a flyby of Mars by the end of this decade.

Dennis Tito, who made a boatload of money through his California-based investment firm Wilshire Associates which he founded in the early 1970s, is expected to unveil his plans for the non-stop 501-day mission at a press conference in Washington on February 27.

News of the ambitious space trip came this week via a media advisory posted on the SpaceRef website by the Inspiration Mars Foundation. It talks of a “Mission for America” which involves taking advantage of “a unique window of opportunity to launch an historic journey to Mars” with the aim of generating “new knowledge, experience and momentum for the next great era of space exploration.”

The Inspiration Mars Foundation is described in the advisory as “a newly formed nonprofit organization led by American space traveler and entrepreneur Dennis Tito” which is “committed to accelerating America’s human exploration of space as a critical catalyst for future growth, national prosperity, new knowledge and global leadership.”

Besides the February 27 media event, 72-year-old Tito is also set to make a presentation at the IEEE Aerospace Conference in Montana on March 3, details of which have been obtained by NewSpace Journal publisher Jeff Foust.

The mission would reportedly use a modified SpaceX Dragon spacecraft launched on a Falcon Heavy rocket with two astronauts traveling in somewhat spartan conditions. The presentation notes state that crew comfort would be “limited to survival needs only. For example, sponge baths are acceptable, with no need for showers”. Sixteen months without a shower – that’s going some.

If all goes to plan, the journey to Mars could begin in January 2018 during a time of favorable orbital circumstances. Should that launch date be missed, the next opportunity wouldn’t come around until 2031.

Twelve years ago, Tito, a former rocket engineer, became the first paying passenger to spend time on the International Space Station, with the round-trip ticket costing the space tourist $20 million.

The big question regarding his plans for the Mars mission has yet to be answered – will Tito himself, who’ll be 77 in 2018, be on board?