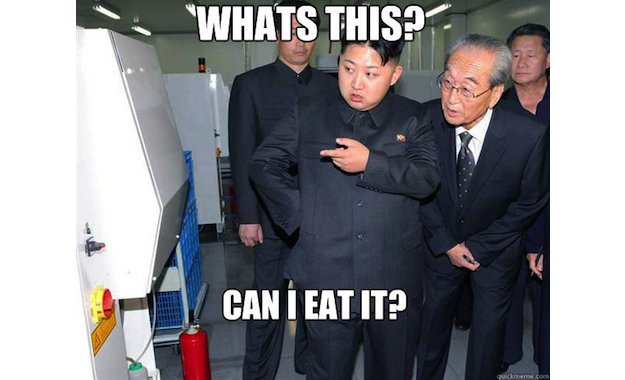 The leader of North Korea, Kim Jong-un, has been voted Time Magazine’s Person of the Year. You may be thinking this can’t be right, but it’s true – and has been confirmed on Time’s own website. Of course, there is a catch, as Kim has only won the public vote for Person of the Year, while the actual winner is a decision left down to the magazine’s editors and not, as in the case of Kim Jong-un, the Internet.

But still, that’s an impressive achievement, and it gets even better too. Kim Jong-un attracted 5.6 million votes, apparently more than twice that of The Daily Show’s Jon Stewart, who came in second. So how on earth did this happen? It’s all down to pranksters from notorious website 4chan, where the plan to propel the dictator to the top spot was hatched.

A forum thread appeared soon after Time opened the voting, asking the community, “can we please make our wonderful leader Kim Jong-un Time’s Person of the Year 2012?” The callout spread to other Internet forums and through social media, including Reddit and Twitter, and as the online voting system could be easily manipulated, one person could vote multiple times in succession. It’s not even the first time this has happened, as 4chan founder Christopher Poole A.K.A. moot, became Time’s Most Influential Person in 2009, after receiving more than 16 million votes.

The real Person of the Year has yet to be revealed

Time Magazine has acknowledged Kim’s win on its site, saying, “he is having a good year” after taking control of North Korea at the end of 2011 and winning a “Sexiest Man Alive” competition. Sadly, this honor was bestowed by satirists at The Onion, but was reported as fact by publications in China and India. For its February 2012 edition, Time also put him, in a non-satirical way, on the cover. It’s also quick to point out that the public vote is essentially meaningless, and the real Person of the Year will be revealed on December 19.

Is it meaningless though? More than 5 million votes represents a staggering degree of commitment to a joke, but it’s not that Kim Jong-un has won the public vote that makes this fascinating. Ultimately, the votes could have been given to the subject of any popular meme – why not Zoidberg, for example – instead it’s about how it happened, as it again demonstrates the influence of 4chan and Reddit on Internet culture.

It’s the second time North Korea has hit the headlines this week, although the other time is considerably less amusing than this story, as the country successfully launched a three-stage rocket and placed a satellite into orbit, causing international concern.