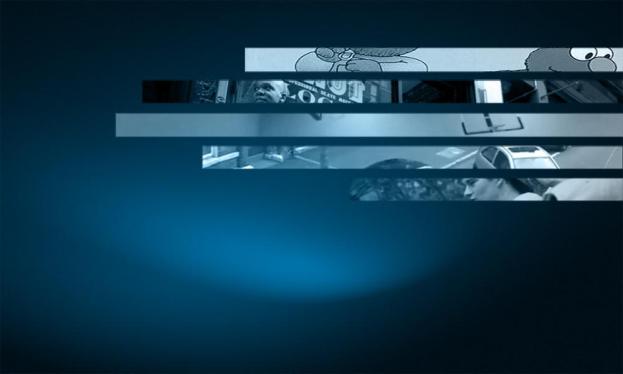 I’m not special. I’m just like all of you. Everyone, ever really. I want Google Glass. I want to wear them and take blinky pictures with them and Tweet with them and be creepy as all get out with them. And now I really, really want to play basketball in them.

Google Glass Explorer (A quick aside: I really hate that we have to called them “Explorers.” That’s just a glorified beta tester. Whatever.) Noble Ackerson donned a pair to shoot some hoops, posting the video for all to see. Sure, that first brick isn’t really all that inspiring – but he gets better (and then worse … but cut the guy a break, he’s warming up)! If there were anything that could have helped me with my H-O-R-S-E game in middle school, it’d be these bad boys.

I’m already excited for the day when players will wear these during regulation games. I would watch that footage, I’ll tell you what. Leave it to Google to combine my love of cyborgs and basketball.

I’m pretty proud of my parallel parking skills. Driving a 1970 Oldsmobile as long as two Fiats welded together pretty much necessitates good spatial awareness. So my first reaction to this video of a woman failing to parallel park a tiny car in a spacious spot – for 15 minutes straight – mirrored the reaction of the lads filming it as she squeaked back and forth: disbelief, cringing, anger, cursing aloud. Even for something as tricky as parallel parking, it’s unfathomable that someone could be so utterly incapable of fudging it with enough effort. It’s like watching a blindfolded guy grope his desk looking for his keys for 15 minutes when they’re right in front of him. Eventually he has to find them by sheer luck, right? False. And agonizing to watch.

Then I got to thinking about what it must have been inside this car for 15 minutes, and I had to admit to a certain admiration for the bundle of misfiring nerves and grey matter that is the driver. How the hell did she keep it together and continue trying for so long in the face of continuous failure? She literally botches the operation again every 10 seconds, over and over and over. Yet keeps going. I’ve probably failed at things just as heinously, but I gave up way before somebody made a viral YouTube video out of my attempts. She’s either a robot, or has willpower so tempered by the furnace of failure that “giving up” never even occurs to her. Either way, I’m impressed.

But seriously, get a bus ticket, lady.

Andrew Couts: Kids will be kids

Before I went bald, I had mohawks. I skated constantly, played drums for The Perverts – and idolized New York City, home of my older siblings, my summertime getaway. So when I first watched Harmony Korine’s and Larry Clark’s Kids, at 13, it rocked me. My mind reeled at the life I was missing. F–ed up sex, drugs, and NYC. It terrified and stirred me, and I loved it. WTF was I doing in Ohio?

It is that movie – the one The New York Times says depicted “a spiritually dead teen-age culture built on aimlessness, casual cruelty and empty pleasure” – that changed my life for good, for the better. Since I first watched Kids, I have DJed skate jams with Harold Hunter (R.I.P.), partied in Vegas with Rosario Dawson, and even worked with members of the Kids family at a skate shop in Manhattan. That gritty flick had, for reasons yet to be revealed by some shrink, stuck itself to my early life.

All of this came rushing back to me this week thanks to writer Caroline Rothstein’s “Legends Never Die.” It’s a beautifully sad, behind-the-scenes retrospective on Kids and the real-life characters it depicts. Of course, nowadays, the kids of Kids are all grown up – the ones that made it anyway. New York and society in general have changed so much that Kids could not come to be in 2013 America. But if, like me, you want to relive that bygone era, I highly recommend grabbing a forty and giving Rothstein’s piece a read.

Jen Bergen: Thug Kitchen reminds us to ‘Eat like we give a f**k’

Spring is upon, which means shedding those extra layers and realizing you may also need to shed a few pounds with them. I’m not going to beat around the bush here and talk in hypotheticals: I’m trying to lose my extra hibernation baggage, and living in New York City, where there’s a delicious bagel or sizzling slice of pizza wafting from every corner, makes eating healthy rather difficult. In fact, sometimes it makes me so mad I just want to (and do) use profanities. However, it appears that one website, Thug Kitchen, is there to back me up in my healthy eating mission and has a uniquely motivational attitude.

Though it’s been around since October, Thug Kitchen is just now gaining heavy traction (this may be due in part to a shout-out by none other than health nut Gwyneth Paltrow, as well as Saveur magazine’s Best New Food Blog award last week). The Thug Kitchen food Tumblr is not for the faint of heart – the anonymous authors use a plethora of four-letter words to pepper their healthy recipes. One particularly inspiring post strongly urges us to “Eat a goddamn salad/ F**k it, eat ten, brag about it/It’s like plant nachos.” We found this message so motivating that we printed it out and hung it on our fridge at the DT New York office. We’re not yet sure what our boss thinks of that.

So, the next time you go to the kitchen to grab a bag of chips, grab some grapes instead and consider one of Thug Kitchen’s inspirational reminders that “these sons of b****es right here will lower the ever living f**k out of your cholesterol.”

Caleb Denison: Someone really made these?

As I write this, it is my birthday. That being the case, I’ve decided to give myself a little birthday present: I’m totally phoning in my staff pick. That isn’t to say my pick this week isn’t quality – it is, and you will laugh – it’s just that its tie-in to technology is extremely loose; as in: I found it on the Internet while using a computer and that’s pretty much it.

It’s been a long time since I last had a literal LOL moment after getting suckered into checking out something someone posted on Facebook – let alone 34 of them – but this just did it for me. What you’re about to see is Ramp.ie’s Top Ten Horrible Book Covers (except there’s 34 of them). Now if that sounds like a played out idea, I don’t blame you. We’ve all seen plenty of “Worst Album Covers Ever” lists and the like, but what makes this one different for me – aside from the sheer hilarity of some of the book covers themselves – is the jocular wit of the list’s author. Alright, enough of my yammering. Click and enjoy, already.